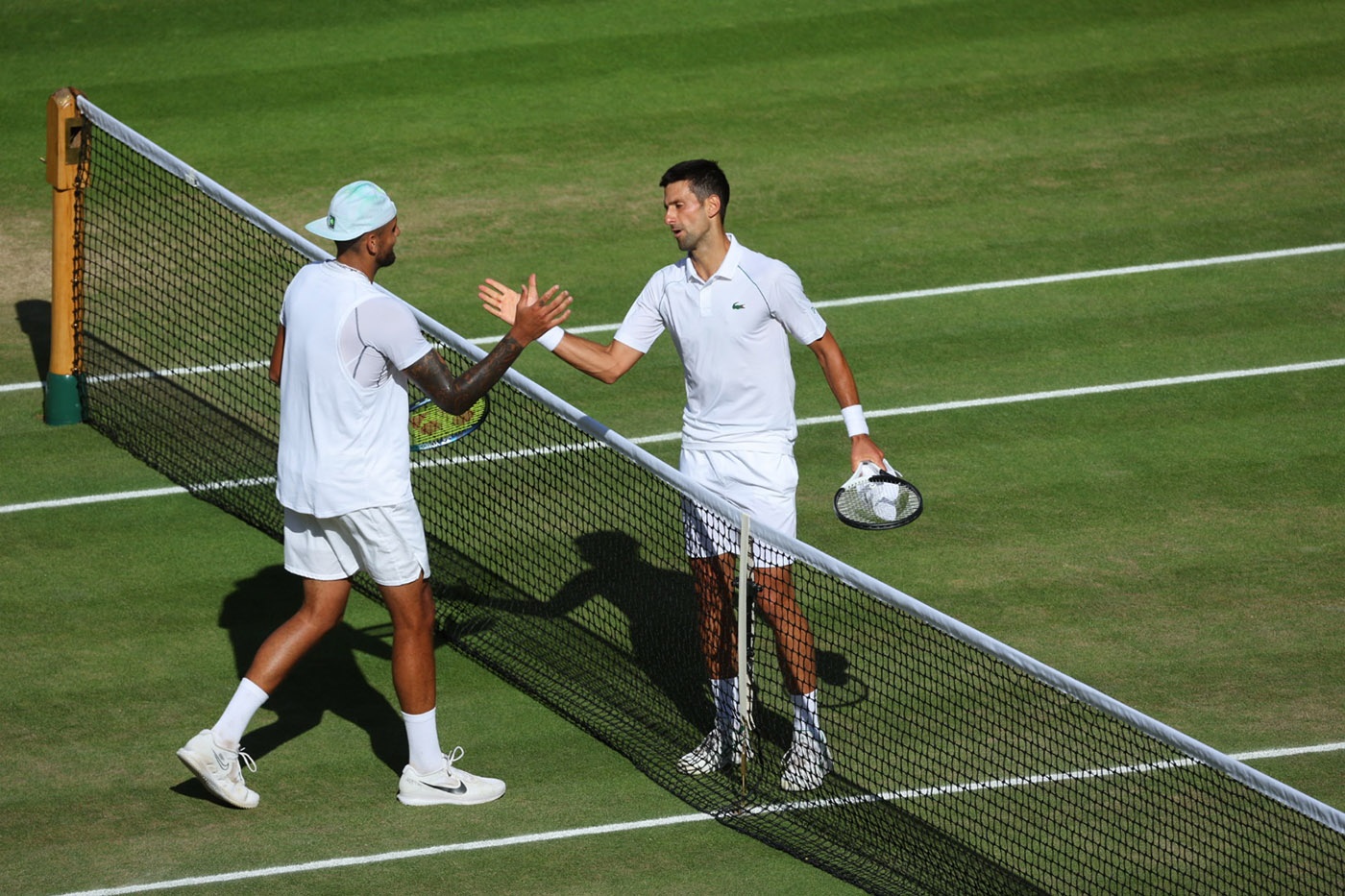 On July 10, 2022, the Wimbledon finals brought Djokovic and Kyrgios against one another. Both Djokovic and Kyrgios have a history of having a poor relationship with each other. However, after Kyrgios openly supported Djokovic when Australia banned him from competing in the Australian Open—the two developed a strong connection.

With a score of 6-4 in favor of Kyrgios, Kyrgios broke Djokovic's serves to take the opening set of the championship match between the two players.

Due to the fact that Djokovic frequently plays either Nadal or Federer in the Wimbledon finals, he does not frequently have the majority of the audience on his side. Remarkably, he was able to conjure a crowd to cheer for him.

Novak Djokovic at the final press conference said he noticed how the crowd was cheering him on throughout the match, which is always a good thing for a player.

Djokovic stated, “I did definitely feel support and feel love from the crowd so I’m very grateful for that, obviously it’s not a secret that you know any player would like to have people backing him during the match...”

Kyrgios' serve was broken twice by Djokovic in the second set, which ended 6-3 in advantage of Djokovic. As Nick Kyrgios' frustration grew, he began to commit double faults.

When the audience began cheering for Djokovic, Kyrgios began talking back to them.

In set three Djokovic took the advantage of Kyrgios’s unfocused behaviour and won his second set 6-4. Nick Kyrgios was playing in his first Wimbledon final, according to Novak Djokovic, and he frequently experienced emotional breakdowns throughout his matches.

“He has never played in the Wimbledon finals. We know that also he kind of has his ups and downs in the match,” Djokovic said.

Nick Kyrgios has been the focus of so much criticism because of his behaviour during the matches. In his tennis career, he has used abusive language at referees, broken racquets, and gotten many penalties.

Additionally, because Nick Kyrgios does not want anyone to deal with his behavior— he has never had a coach. He is referred to as the entertaining tennis player because of how he acts differently off the court than he does when competing.

In the third set, Novak Djokovic won 7-6 in a tie break. During the last set, Nick Kyrgios completely lost his confidence and enthusiasm.

Nick Kyrgios at the final press conference said experiencing the finals is always beneficial and it gives you confidence to believe in yourself more.

“When you win an event that much and you’ve been in those situations, it’s unbelievable you just you can tell yourself you’ve been here before you know the confidence and the belief in yourself that only comes with achievement...” he said.

Novak Djokovic continues to be the number one in the world after winning his 21st Grand Slam title in 2022.