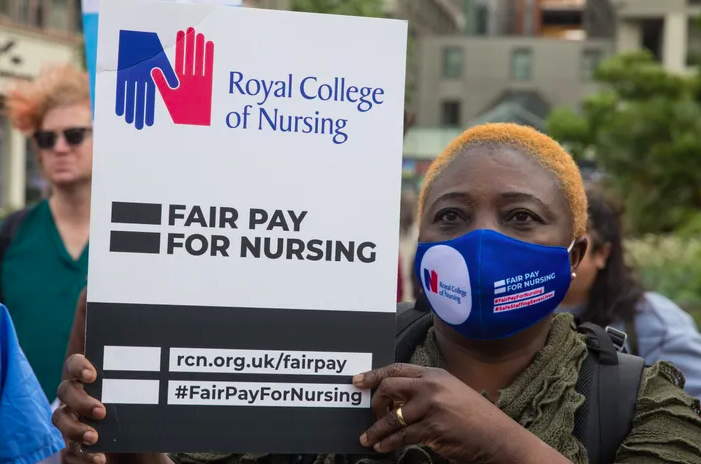 Nurses across the UK are set to strike for the first time in a dispute over pay, as union officials said “large swathes of the country” had voted for national action to take place.

The ballot, organised by the Royal College of Nursing (RCN), was the biggest in the union’s history. It ended last week and the results are due to be unveiled within the next few days.

Although the results are still being counted, RCN sources believe a majority of its 300,000 members have voted in favour of a winter industrial strike.

Pat Cullen, RCN general secretary and chief executive said: “Huge numbers of staff - both experienced and newer recruits - are deciding they cannot see a future in a nursing profession that is not valued nor treated fairly.”

If strikes do take place, patients will likely face even longer waiting lists and could have operations or appointments further delayed or cancelled.

This is a major concern, given figures were released in October revealing a record 7 million people in England were waiting for hospital treatment at the end of August.

The government appealed to nurses to “carefully consider” the effect on patients.

Cullen commented that the strikes would be “as much for the patients as it is for the nurses” and said they have patients’ support.

According to the BBC, the strikes would affect non-urgent rather than emergency care.

Talking on Sky News, Conservative cabinet minister Oliver Dowden claimed the government had “well-oiled contingencies in place” to deal with any nursing strikes.

He said they would try to prioritise essential services but admitted “there would be an impact” from any sort of industrial action.

The possibility of strikes presents a massive challenge for Rishi Sunak and the rest of his cabinet, who are currently confronted with plugging a £50bn fiscal hole.

A Nuffield Trust analysis published earlier this year found that 40,365 NHS nurses quit their jobs between January and June 2022.

Another more recent analysis showed that the salary of an experienced nurse has dropped by 20% since 2010.

The RCN would like there to be a pay rise of 5% plus inflation, which would equate to around 15% in total.

RCN officials say the strikes will likely take place before Christmas if enough nurses have voted in favour of taking industrial action.