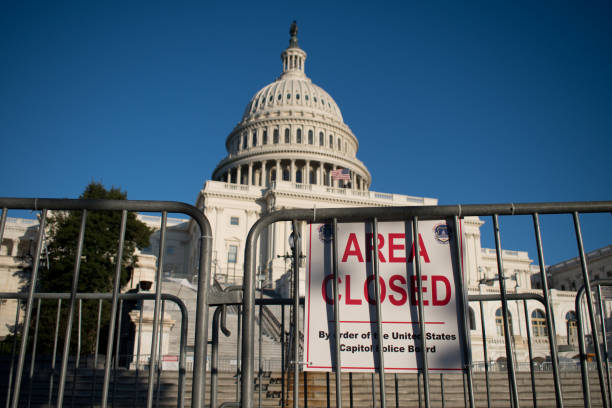 Rhodes started the group in 2009 along with his codefendants.

The so-called “Oath Keepers” are an American far-right anti-government militia whose members claim to be defending the Constitution of the United States.

Rhodes and his codefendants are accused of spending months recruiting, training these recruits, and conspiring to “use force” to prevent the transfer of power from former President Donald Trump to President-Elect Joe Biden.

Prosecutors are alleging that the January 6 plot included stashing guns and weapons outside of Washington DC for what is being called a “quick reaction force” to rush the city if it became necessary.

Two days after the presidential election, Rhodes allegedly sent a message to an Oath Keepers chat on a messaging app which was encrypted telling his many followers not to accept the results of the election.

"We aren't getting through this without a civil war," Rhodes allegedly wrote. "Too late for that. Prepare your mind, body, spirit."

The trial is expected to last about six weeks and opened on Tuesday morning beginning with jury selection at the federal courthouse just down the street from the Capitol in DC.

Rhodes and the 10 other members or associates of the Oath Keepers are charged with seditious conspiracy, obstruction of an official proceeding, and other crimes in connection with the Capitol attack.

Of the 11 people indicted in the case, two individuals— Joshua James and Brian Ulrich —have already pleaded guilty to the charges of seditious conspiracy and are cooperating with the investigation.

The attorney representing Stewart Rhodes said on Wednesday that he's “not impressed” by the two members of the group that pleaded guilty to seditious conspiracy related to the attack.

Phillip Linder said, "You hear someone's pleading guilty, you kind of go 'what did I miss?' and once you see what they're pleading to and what they're saying, I didn't miss anything."

The group is headlined by Rhodes, a former Army veteran and graduate from Yale Law School who was disbarred. He will be joined by Kelly Meggs, Kenneth Harrelson, Jessica Watkins — all of whom have been in custody since their arrest — as well as Thomas Caldwell.

A conviction for seditious conspiracy in the case carries a maximum of 20 years in prison for each defendant.

In response to the guilty pleas, Richard Roper, a former United States Attorney for the Northern District of Texas said they (the defendants who pleaded guilty) hope to receive a reduced sentence. "Normally, when a defendant pleads guilty in a federal criminal case... there's a very strong incentive for those defendants to cooperate in hopes of getting a lesser sentence by cooperating with the government."

A possible rematch between Jan Blachowicz and Israel Adesanya might shape up at 185 pounds.