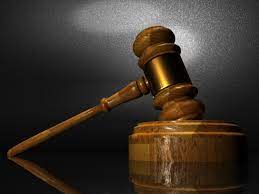 The supreme court pronounced a detailed order on the reservation of backward classes in NEET undergraduate and postgraduate exams on Thursday. “Reservation is not at odds with merit” the apex court observed. The judgement stated that open competitive exams alone do not evaluate the merit of a candidate, rather his/her lived experiences and struggles in the social setup also validates their eligibility for merit.

The judgement was made on response to the petitions filed in August 2021 against the decision made by the central government on July 29, 2021. The Directorate General of Health Services of the Ministry of Health had notified that there would be 27% reservation for Other Backward Castes and 10% for Economically Weaker Sections in Undergraduate and Postgraduate of All India Quota under NEET. SC had upheld this verdict on January 7th court sessions but had postponed the details to be proposed on Thursday.

The bench comprising Justice D.Y Chandrachud and A.S.Boppana also observed that the individual privileges enjoyed by certain members of a community cannot be taken into account against the right to reservation of the entire group. “The individual differences cannot be used to negate the role of circumstances” it stated. The court also said that the state governments can in-fact make “special provisions” to provide reservations based on social and economical deprivations in any aided or government sector institutions and in government jobs. This lies within the power of state governments according to Article15 (1) that manifests ‘substantive equality’ for all. The SC also confirmed that the central government need not approach the court again for implementing the OBC AIQ in NEET counselling.

The petition also had a claim that the centre had changed their policy “mid-way” in introducing these new regulations on reservations. But the court ruled out the claim stating there are no irregularities in the notification since the new regulations were informed before the counselling. The reservations thus provided to AIQ is a “Policy- decision that would not be subject to judicial reviews” read the judgement.

At the same time, the verdict on the questions raised about the 10% reserved quota for EWS category was postponed to be visited in the third week of March this year.