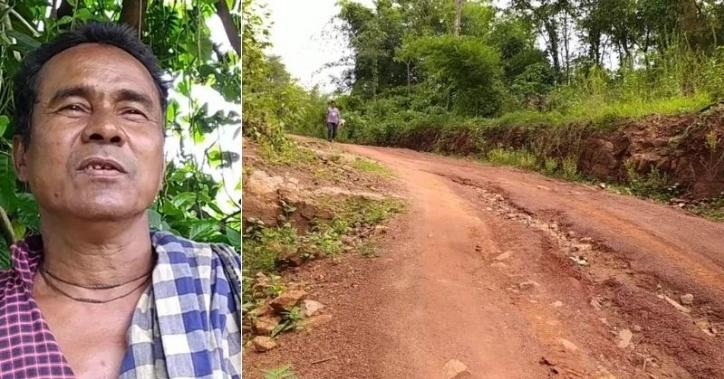 Confucius, the famous philosopher once said, “A man who moves a mountain begins by carrying away small stones." A man from Odisha has done just that. In a tremendous display of courage and perseverance, Harihar Behera of Nayagarh district has carved an entire mountain to build a 3-km road. He accomplished this feat over 30 years.

Who is Harihar Behera?

He is a native of Tulubi village under Odogaon block in Nayagarh district of Odisha and today is known as the ‘Mountain man Harihar’. He is a tribal farmer who, along with his elder brother Krushna Behera started digging the mountain to build an access road to their village 30 years ago. After his brother died of a kidney ailment, he single-handedly finished the task. Reason for the monumental effort

Tulubi is a tribal village in the remote hilly regions of Nayagarh. Mainly inhabited by the tribals, the village in Banthapur panchayat had no access to transportation in the past. It was among the dense forest and cut off from the outside world. Without any direct road leading to the village, villagers travelled a few kilometres around the hill for their daily needs. It was risky to travel in the dense forest as it is a hotbed of venomous snakes and other reptiles. On many occasions, visitors from the outside often lost their way in the forest.

Thirty years ago, residents of Tulubi had petitioned the administration for a three km stretch of road through the hills and forest that would link their village to the main road. All they needed was a road so that people could easily find their way. Reportedly, along with the villagers, Harihar Behera and his brother had moved from pillar to post to reach out to the district administration with this simple request. But their pitiful plight always met a dead end with the district administration responding with just one line, “not feasible." Even the minister of their area flatly denied their request. According to them, he had replied that, “Nobody could construct a road in that region and that it was impossible."

Dejected by the administration and everywhere else, Harihar Behera and his elder brother figured that if they needed a road, they would have to build it themselves. They finally made up their mind to construct the 3-kilometre road to the market on their own. “There was no way we could go to a nearby town. Relatives, while visiting our village, used to forget the route and get lost in the forest. Then around 30 years ago, when all our pleas to the district administration fell on deaf ears, I and my brother thought for how long will we face the problem and decide to construct the road on our own. We worked on the road after finishing the agricultural works and the road has become a reality now.” said Harihar.

The carving of the mountain

Harihar, then in his twenties and his elder brother Krushna started the task with an unfaltering resolve. Both of them got down to the work with nothing more than a hammer, hoe and a crowbar. In the first step, the Behera brothers cleared the jungle and followed it by cracking and chipping away large rocks with the hammer. Then the broken stones off the rock were laid on the ground with the help of a cart. The progress was too slow and tiring as they did the work after finishing their farming on their fields every day.

Then they even tried to blast the large rocks with small explosives and carry the small rocks with the help of their cart. But they soon realised that the blasting had a detrimental effect on the environment. So, they stopped it and again turned to hammer and chiselling the large rocks. Watching the dedication of the two brothers, sometimes other villagers also joined them. A few months into their work, unfortunately, Harihar lost his elder brother. But he did not stop.

For the next 30 years, he diligently and patiently worked alone to finish the construction of the road all by himself. At last, his colossal effort succeeded, and today the residents of Tulubi village finally have a road. They thank their very own Mountain Man for making it a reality and connecting them to the outer world. 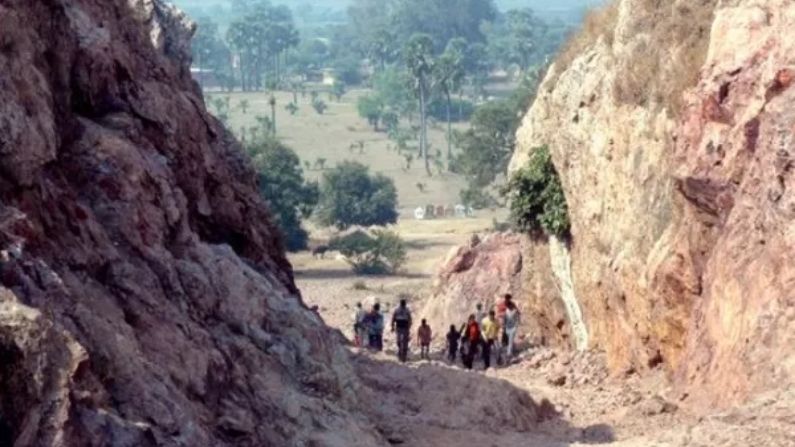 “After the minister said no one can construct a road to our village, Harihar and his brother started to carve out the road through the mountain. We also extended help to him. And finally, we could get a road thanks to Harihar,” said Dinabandhu Jani, a resident of the village.

Harihar believes his task is not over, but the successful building of the road to his village is just a precedent for dozens of other such isolated and unreachable villages in the district. He wants to extend his help to other needy areas.

Harihar has already selected Nepal, another indigenous village inhabited by tribals near his village. Like Tulubi, this village has no roads and is surrounded by forest. Harihar had already constructed 300 metres of an access road using rocks when the administration finally stepped in to build an all-weather concrete road.

Help from the government

It is reported that the district administration plans to convert Harihar’s paved road into an all-weather road to Tulubi. The district village development department and the panchayat have started the road development work in the last two years. The district administration informs that the construction of the halfway road from Rohiba village on Bhanjanagar road to Tulubi village will be over soon. 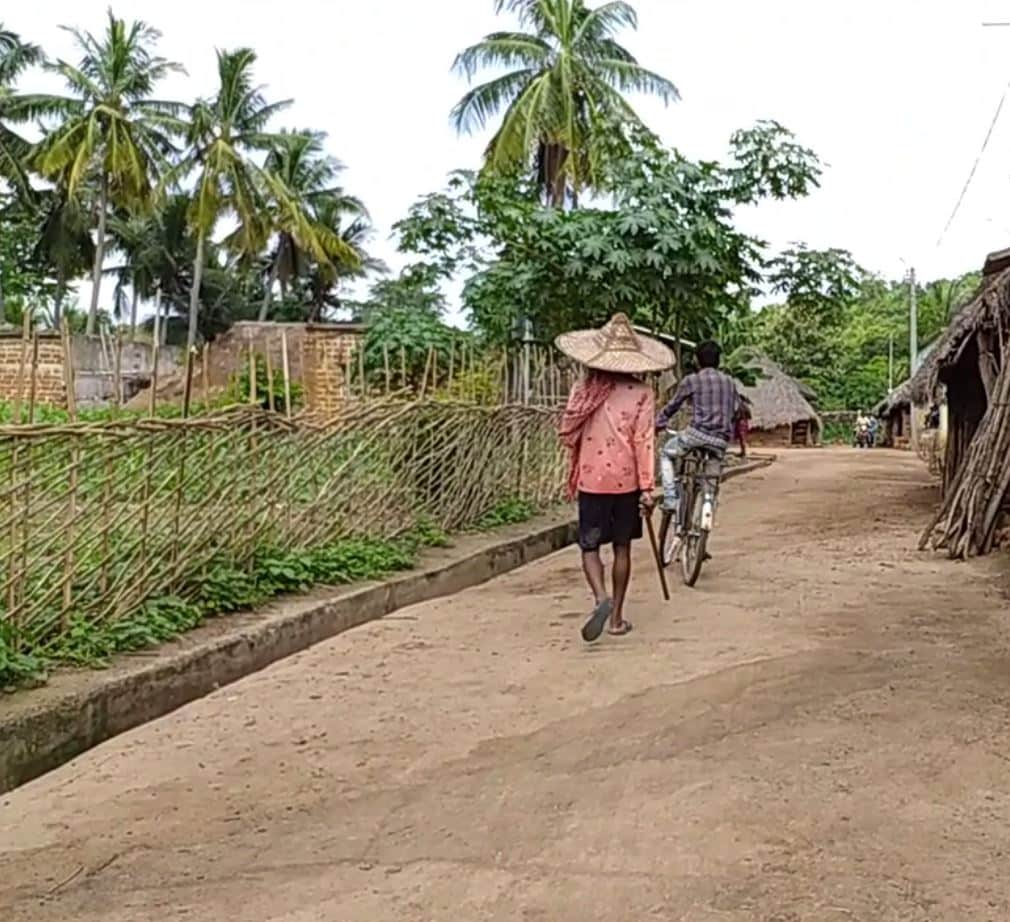 Lagnajit Rout, the Nayagarh Sub-collector, oversees personally by visiting the road   construction work. Heaping praises on Harihar, he commended him for the wonderful work he did for his village. The original ‘Mountain man’, Dashrath Manjhi of Bihar, had done a similar action. Nearly 40 years ago, he had taken 22 years to single-handedly carve out a 110-metre passage through the Gehlaur hill in 1982. He reduced the distance between Atri and Wazirganj blocks of Gaya district from 75 km to just 1 km. 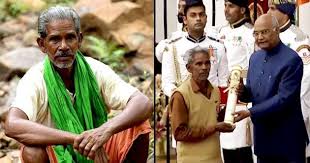 The ‘Canal man of Odisha’, Daitari Naik of Keonjhar district had carved a 3-km-long canal through a mountain to bring water to his village. He was awarded the Padma Shri. The first ‘Mountain man of Odisha’, Jalandhar Nayak of Kandhamal had constructed an 8-km road to connect his village Gumsahi to the main road in Phulbani town.

All the men have shown exceptional grit, guts and glory proving that determination can move mountains. Every one of their stories is an inspiration for all.