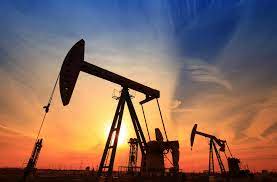 Gas prices are the highest they’ve been in decades, but companies supplying the fuel are thriving.

Chevron recorded a $6.3 billion profit in the first three months. ConocoPhillips and ExxonMobil trailed closely behind at $5.8 and $5.5 billion. But the boom in profits results from surging crude oil prices rather than burdensome gas costs.

Brent Crude Oil, the global benchmark for oil distribution, reported a 40% increase in crude oil price this year, exceeding $130 per barrel. According to a survey conducted by the Dallas Fed, the breakeven cost for oil producers comes to $56 per barrel. That gives oil producers a profit of at least $74 per barrel this year, significantly higher than the $15 profit in 2021.

Oil is an international commodity traded on the open market, meaning traders set prices based on future demand and supply expectations. Oil companies can’t determine the price of oil, so the recent success is a result of the market’s prospects rather than their own doing.

Still, the Biden administration fears that an unregulated Big Oil will only perpetuate gas price inflation. So Biden is pressuring oil companies to increase supply, which would help drive down prices. Unfortunately, despite production running below its pre-pandemic level, companies aren’t prioritizing an increase.

Exxon and Chevron reported that their oil production fell during the first quarter of 2022 compared to the previous quarter. But they are putting the profits toward buying back stock instead of creating more supply. Exxon said it intends to triple purchases of its own stock in the next two years; Chevron said it will devote $10 billion to doubling its previous buybacks this year.

What’s important to note is that the local convenience stores selling gas that pump our vehicles aren’t the ones making profits. Net margins at gas stations are only 1-3% before taxes; fuel retailers have little leeway to move prices around due to heavy competition and consumers’ price sensitivity.

Even though oil companies are making record profits in the face of consumers’ loss, one doesn’t necessarily cause the other. Still, negotiations between Big Oil and the U.S. government could pave the way for increasing production and decreasing prices.