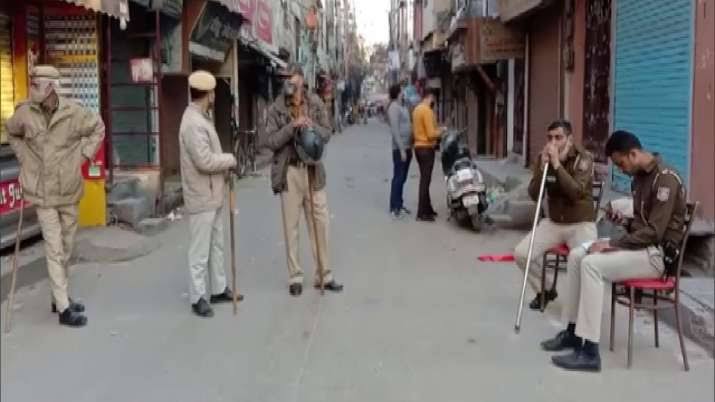 On February 17, an Improvised Explosive Device (IED) was discovered by police inside a bag in Seemapuri, Delhi. After Delhi Police Special Cell focused on it during an inquiry, the bag was seized from a deserted residence where the bomb squad and fire brigade crew were summoned.

Last month, a case of an unclaimed suitcase containing a 3 kilogram at a prominent flower market in Ghazipur, East Delhi was being investigated by the police.

At the unit, a team from the Rohini Forensic Science Laboratory is completing the forensic analysis. The IED has been dragged away by the National Security Guard (NSG) and will be destroyed in an open location.

Qasim was the owner of the flat, whose father recently passed away. Shakil, a property trader, had let out Qasim's flat on the second floor of the building. It was formerly rented out to one individual, but three additional males joined 10 days ago. Well before cops arrived, they had all escaped.

Hundreds of suspected phone conversations were recorded by the Delhi Police Special Cell, which guided them to the location. The culprits have been recognized, and images of them have been received by the Special Cell. The origins of these individuals are unknown at this time. According to the authorities, they may be members of a sleeper cell or part of a bigger conspiracy.

The police were looking into an incident from last month when an unsecured suitcase containing a 3 kg bomb, made using dangerous chemicals such as RDX, was discovered at a bustling flower market in Ghazipur, East Delhi. The police feared it was a terror attack ahead of the Republic Day celebrations on January 26 and stated it was intended to "do maximum harm."

No dine-in in Delhi’s restaurants and bars