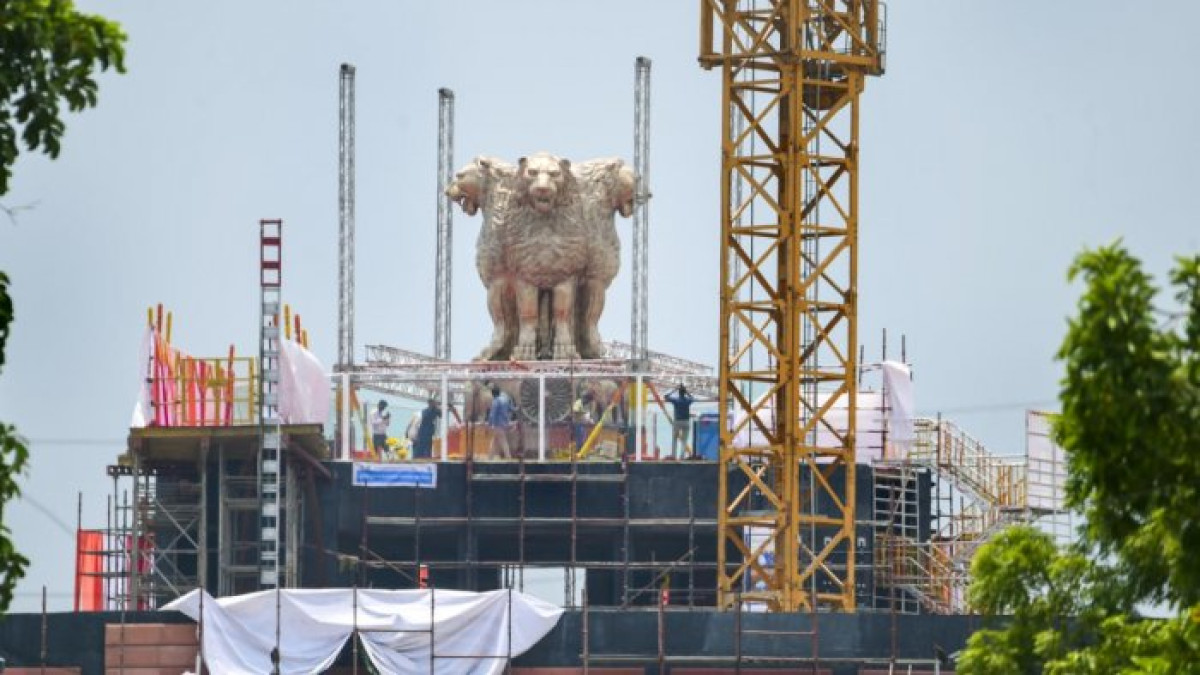 On Monday, the national emblem unveiled by Prime Minister Narendra Modi atop the new parliament building sparked considerable controversy. Opposition parties and activists have questioned the modified version of the symbol. The controversy erupted over the facial expression of the lions on it. They accused the government of distorting the National Emblem by changing the “gracefully and regally confident” Ashoka lions with a “menacing and aggressive posture.”  Oppositions have also questioned why the Prime Minister, as head of the Executive, unveiled it.

Lalu Prasad Yadav’s Rashtriya Janata Dal tweeted that the lions in the National Emblem are known for their “mild expressions.” Still, the expressions on the news sculpture depict “man-eater tendency.” Jawhar Sircar, a Rajya Sabha MP of Trinamool Congress, called it “an insult towards our National Symbol, the Majestic Ashokan Lions.” Jawhar Sircar was also a former CEO of the government-run Prasar Bharti.

However, the emblem's designers atop the new parliament building, Sunil Deore and Romiel Moses claimed that there was no deviation and the sculpture was an exact copy of the original document. They said that the attention was given to every detail, and there may be minor changes that could be interpreted differently by the people. Over 100 craftsmen and artists from all over India have worked for nine months to create the national emblem structure.

The new parliament building highlights the Central Vista Redevelopment Project, located near Raisina Hill, New Delhi. Tata limited is working on the project expected to be completed in 2024.