Orange alert, in Chennai, due to the heavy rains leading to floods 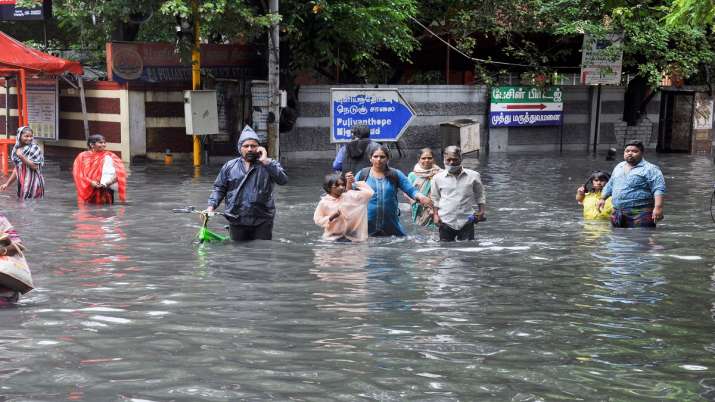 Since 2015, the state of Tamil Nadu hasn't witnessed this kind of heavy downpour which led to floods. The downpour commenced on Sunday and is assumed to continue for four consecutive days in several parts of Tamil Nadu, southern parts of Andhra Pradesh and, Puducherry, says the Meteorological Department of India, in its statement on Sunday.

The heavy rainfall is due to the genesis of low pressure in the southeast of the Bay of Bengal. In the form of precautionary measures, water from reservoirs of Chembarambakkam and Poondi has been released as the danger levels were near.

Heavy rain has disrupted 12,297 power connections and 18 power feeders. An aggregate of 221 transformers has been closed in the capital. Chennai Traffic police have closed Vyasarpadi and Madley Subway station to avoid any repercussions.

The Central and State Government has promised to offer full support to the people. Chief Minister MK Stalin appointed 15 IAS officials and, four NDRF teams have been deployed on state government's request to monitor relief work in 15 corporation areas. There were almost 200 special medical camps where approximately 2776 people were given medical assistance.

In the path of the heavy rains, Chennai civic body has distributed 3.36 lakh food packets for breakfast and lunch among the affected people.

The state government has handed out a total of 150 rehabilitation centers and 900 fire rescue service staff's to be on standby.