Over 50 Developing Nations Are In Danger Of Going Bankrupt 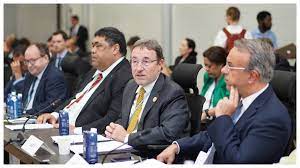 The United Nations recently released its list of the poorest and richest countries in the world—and it’s not just a few spots on the map. It includes 136 out of 193 member states. The list breaks down how much each country has to spend every year on food, health care, education, and infrastructure. The US spends nearly $7,000 per person on these things annually; Somalia spends less than one-tenth of that, at $133 per person. 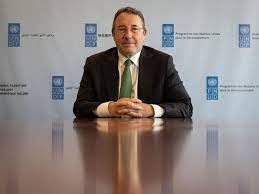 Each year, the UN’s Human Development Index compares the wealth of countries with their levels of education, health care, and quality of life. The countries with the lowest ratings fall into a category called "least developed countries."

At number one on the list is Zimbabwe, a country that has struggled to pay for basic needs like food and medicine for years. Officials have banned big supermarkets from selling energy drinks (because they are too expensive) and have even banned grilled chicken from being sold at all (because chicken feed is expensive). But Zimbabwe was already facing an economic crisis in 2009 when it was hit hard by floods that destroyed crops and killed livestock.

Driven by climate change, population growth, and urbanization, these 134 nations face some severe challenges in the years ahead. To survive, they’ll need help.

The list was created by the UN’s Human Development Report Office (HDRO) to help people pay attention to countries that often get overlooked. The list mainly includes African nations, and it suggests that 54 of them are in extreme danger of bankruptcy. Many have already begun taking drastic measures to cut costs, such as cutting school year lengths and salaries for teachers in Sierra Leone or tripling the price of health care in Tanzania. To make ends meet, Malawi and Niger have considered selling off some of their rainforests to private companies that can afford to buy them.

This year, further, Sudan made its debut on the HDRO’s list at No. 134. The country, which has been ravaged by civil war since 1989, is showing some promising signs of change. More girls are attending school, and child marriage rates are dropping. 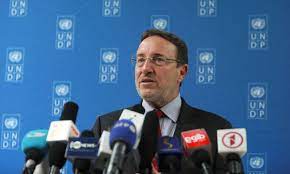 In sum, it is vital to say that the United Nations recently released its list of the world's poorest and richest countries. The list mostly includes African nations, and it suggests that 54 of them are in extreme danger of bankruptcy. Many people have already begun to take drastic measures to cut costs, such as shortening school years.