Pakistan's flood victims are forced to put rebuilding on hold. 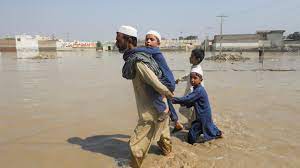 Pakistan is still reeling from the tragedy that was last year's devastating floods, with many of its people now having to put the rebuilding of their lives on hold. It is estimated that over 2.8 million people have been displaced by the floods, with more than 1.5 million homes destroyed and several schools, hospitals, and other public buildings reduced to rubble. In many places, like Sindh province, where some 1.5 million people were forced from their homes, the destruction was so widespread that it isn't clear how rebuilding efforts will be funded or what kind of infrastructure projects can even be started in such an area. In some more isolated regions, not a single building is left standing. 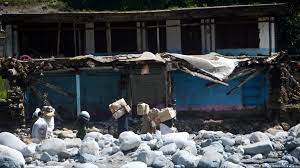 The Pakistani government has been working to provide relief to its people. However, the destruction has been so great that even six months after the disaster, thousands are still trying to find more permanent housing, and many don't have access to schools for their children or clean drinking water. Last month, President Asif Ali Zardari said his government would build at least one million homes for flood victims and pledged to spend up to $7 billion on reconstruction. Several international non-governmental organizations like Oxfam are also funding recovery efforts. The UN, moreover, is warning that Pakistan's public health system is insufficient and, without enough international aid, the nation might be in "free fall." The UN says that both Pakistan and Afghanistan could go bankrupt next year as a result of the massive cost of tackling HIV/AIDS.

In addition, many Pakistanis are facing starvation due to their crops being destroyed by flooding. This has led some political analysts to believe more uprisings in rural areas may happen over the coming months.

Furthermore, many people have also been moved to safer areas of Pakistan out of fear that flooding will continue even after winter. Many of them are still living in temporary accommodation and have not yet been able to return home.

On the government side, however, the rebuilding efforts are being funded mainly by China. The Asian country has offered to provide funding for flood victims and is already putting up buildings in some areas. Pakistan's central bank has also made over 1 billion rupees available through the country's Exim Bank to help them resettle.

Why are funds being held back?

According to Taimur Khan Jhagra, the provincial finance minister of Khyber Pakhtunkhwa, displaced people are no longer living in government-run temporary camps. However, aid organizations point out that this does not imply that people have returned home.

"I agree that the province no longer has temporary shelters set up by the government or private organizations, but that doesn't mean their occupants have resumed normal life," Khalid Waqas Chamkani, provincial president of the NGO Alkhidmat Foundation, told DW.

"Unfortunately, most flood victims are still in desperate need due to a long delay in the payment of cash handouts, forcing them to either return to their damaged homes or stay with relatives in cities and towns," he added. 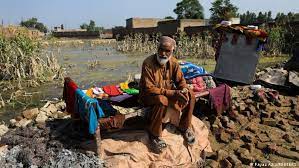 In conclusion, it is vital to say that over 2.8 million people have been displaced by last year's devastating floods in Pakistan. More than 1.5 million homes were destroyed, and schools, hospitals, and other public buildings were reduced to rubble. The government and non-governmental organizations are funding recovery efforts. Many Pakistanis are facing starvation due to their crops being destroyed by flooding. This has led some political analysts to believe there will be more uprisings in rural areas. Aid organizations point out that many flood victims are still in desperate need due to a long delay in paying cash handouts.

Who will be the UK's next prime minister?