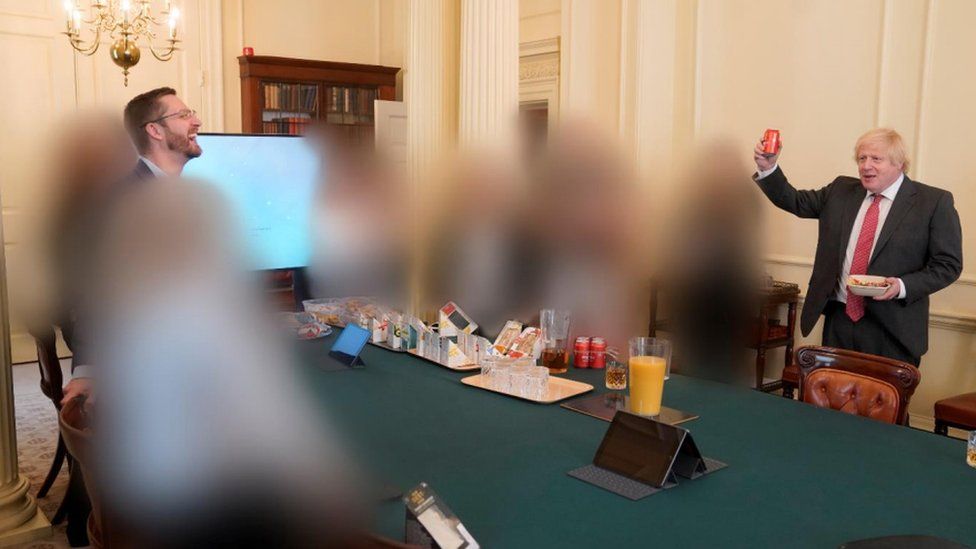 Civil servant Sue Gray's report on lockdown parties in Downing Street has caused "deep mistrust," according to a Tory MP who resigned as a ministerial aide. The facts in the study "shocked and enraged" Paul Holmes, an assistant to Home Secretary Priti Patel.

The investigation into the rule-breaking events happening in No. 10 Downing Street – official residence and office of UK’s Prime Minister - during lockdown is known as “Partygate”.

There were parties that lasted into the early hours. There was an unlawful birthday celebration for the Prime Minister in June 2020, complete with food and drinks. Parties were reported to be held in November and December 2020, times when the whole United Kingdom was in national lockdown. The first leak was published in November 2021 by the Daily Mirror, a national newspaper.

PM Johnson is fighting to keep his job after the report by Sue Gray, released on Wednesday, condemned a culture of rule-breaking events and included additional images of him at two different meetings. Her report contains photographs of events as well as the names of some of the people that attended.

Sue Gray looked into 16 incidents during the pandemic, and the police discovered many violations of Covid restrictions. Ms Gray summarises the Covid regulations in effect at the time, as well as what actually happened and who was present, for each event.

The BBC has produced an article reflecting on the much-anticipated report; more incriminating pictures and details have surfaced.

Mr. Holmes said the findings of employee treatment as disappointing and inappropriate. He said that they demonstrated a disgusting culture at No 10, but that he was relieved that Prime Minister Boris Johnson had apologised for the treatment of staff.

Despite the "bitter and painful” findings of the report, Boris Johnson has stated that he will remain Prime Minister. Some of Mr Johnson's political rivals have renewed their calls for him to resign. The prime minister, though, ruled out resigning in a press conference on Wednesday, saying, "I've got to keep moving forward."

Mr Johnson told the House of Commons that he accepted full responsibility for everything that happened under his watch, that he had been "humbled," and that he had learned lessons.

He told MPs that his prior statement that he believed that the events followed the rules and advice were followed at all times, to his understanding. He has denied any rule-breaking several times since the first allegations. He said that he had attended parties to wish departing employees farewell and that his attendance had not been determined to be in violation of the guidelines.

However, since the report has been published, he apologises for the mistreatment of staff and he also added that some gatherings might have been breaking covid restriction “after I had left”.

The prime minister went on to say that he didn't think he'd done anything unlawful at the time of the incident that resulted in him being fined by police.

Many Conservative MPs are enraged and embarrassed by what has occurred. They understand that a lot of stuff can't be explained or wished away. However, a number of cabinet ministers have publicly stated their support for the prime minister.