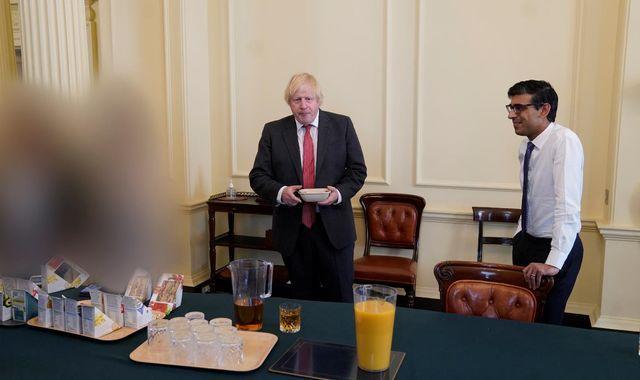 The 60-page Sue Gray report into parties at Downing Street during the lockdown, known as the Party Gate scandal, has been published by the government after it was provided to the Prime Minister on Wednesday morning.

The investigation looked into 16 separate gatherings that happened in 2020 and 2021. It confirmed that parties did occur at Downing Street, and it found that staff repeatedly ignored COVID rules.

It details that the Metropolitan Police Service investigated events on the following dates:

• December 17, 2020: “gathering in Cabinet Office, 70 Whitehall on the departure of a senior Cabinet Office official and a No. 10 official”

Gray criticised Number 10, the Cabinet Office, and Boris Johnson, as she found “failures of leadership and judgement.” She also argued that they did not appreciate how their actions and the partying fit into the context of the sacrifices that were being made by the public.b”The public has a right to demand the greatest standards of behaviour in such settings,” the report stated.

She suggested that junior civil servants believed their involvement in the listed events was permissible given that senior leaders were in attendance. Therefore, the Prime Minister, as well as those in leadership positions, must bear the brunt of responsibility and should have done more to prevent the parties from happening.

The party on June 18, 2020, saw excessive alcohol consumption by some of the individuals in attendance. The drinking was so extreme that one person was sick and there was an altercation between two others.

At a different event, on the eve of Prince Philip’s funeral, staff drank until the early hours of the morning, and the last partygoer left at 4:20 am. At the same party, a group gathered near a child’s playset. They ended up damaging it by leaning on it and playing with it.

On May 20, 2020, around 200 invites were sent to staff for a ‘Bring-Your-Own-Beer’ drinks party in Downing Street Garden. Those in attendance were warned to be mindful of cameras and to not be seen walking around with wine bottles. After the event, Martin Reynolds, a special adviser, claimed in an undated WhatsApp message that ‘we seem to have got away with [the party]’.

Police investigating the COVID rule-breaking in Downing Street during the pandemic have issued a total of 126 fixed penalty notices to 83 people. These figures include Johnson and his finance minister, Rishi Sunak. Both men were fined over a gathering that was held to celebrate the Prime Minister’s 56th birthday in June 2020.

At a press conference in response to the damning report, he said that staff in his press office thought that the late-night parties were work events, and he refused to comment on individuals named in the report. The Prime Minister also stated that he understands the anger of the public but claims to have no plans to resign.

The MP for York Outer, Julian Sturdy, called for Johnson to resign over the Sue Gray report as it was “in the public interest”. Other Tory MPs have been relatively quiet. However, a YouGov poll found that 59 percent of people thought that the Prime Minister should quit, and just 7 percent believed that he would end up stepping down from the position.