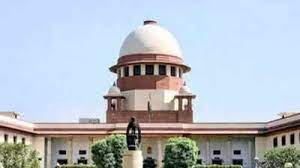 In October, the court set up the committee to look into allegations of snooping phones of activists, politicians, lawyers, and journalists. The probe was ordered in response to petitions filed by activists and persons whose phones were affected, which highlighted the breach of the right to privacy and was sold to the government and their agencies. The form also included questions on what substantive and procedural safeguards-involving administrative, judicial, or could the authorities suggest that individual rights are sufficiently balanced with the interests of national security and public order?

The panel headed by retired Supreme Court judge Justice RV Raveendran was formed to look into certain matters relating to the complaint. The remaining members of the court-appointed committee include Naveen Kumar Chaudhary (professor of Cybersecurity and Digital Forensics and Dean of Gandhinagar National University of Forensic Sciences in Gujarat); Prabaharan P, Professor (School of Engineering, Amrita Vishwa Vidyapeetham, Kerala) and Ashwin Anil Gumaste (institute chair and associate professor of Computer Science and Engineering at the Indian Institute of Technology IIT Bombay).