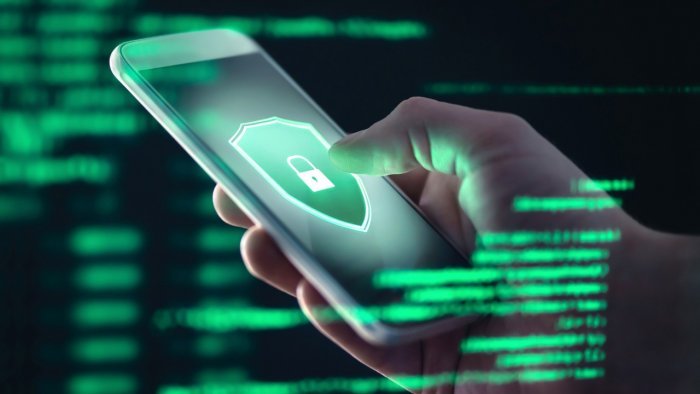 What are the threats that haunt the present world? What are the dangers that will terrorize the future of our world? Questions like these have limited answers. When World war I and II ended, there was not much time before people feared the rise of nuclear power. The scale of its extent triggered a looming cause for the birth of World War III. Nations displayed their ballistic missiles, atomic bombs, and nuclear weapons to prove their supremacy. The terror of massive destruction was just a switch away. But two other threats rose to the heights of nuclear power and shared a seat alongside nuclear warfare. One, biological warfare. Two, cyberwarfare. Today, we will talk about the latter.

Israel has been noted for its cybersecurity. With continuous cyberattacks on their government and private websites, Israel has to work extensively to keep them at bay. This is one of the primary reasons why the nation sits on top of the world in cybersecurity. One of the malwares Stuxnet introduced in 2010 was used by the Israeli forces to target Supervisory Control and Data Acquisition (SCADA) systems and was responsible for causing major damage to the nuclear program of Iran.

Similarly, today, a spyware is making rounds around the world in recent news. The Israeli Spyware known as the Pegasus is creating havoc in world media. Developed by the Israeli technology firm NSO Group, spyware can be secretly installed on mobile phones and extract important data from the users. Identified in 2016, the Pegasus is capable of reading text messages, tracking calls, amassing passwords, tracking locations accessing microphone and camera, and reaping the data received from the apps installed on the target devices. Today, more than 50,000 personnel devices are affected including activists, political leaders, journalists, and businessmen.

How does it work?

In what is considered as one of the most powerful spywares, Pegasus permeates into its target device both Android and IOS and converts them into a surveillance device. In the early days, a clickbait SMS or iMessage was used with an attractive offer and a link to a website. Users who click on the link will be directed to a page and malicious software is installed which compromises the software and takes full control of the device. Thus, it exploited the security vulnerabilities and provided unrestricted access to the device. A revelation by the 2021 Project Pegasus hints that the Pegasus spyware can affect all recent iOS versions(up until iOS 14.6) with zero-click attacks - that is, without any user interaction.

Pegasus and its squabble in India: While the world talked about the spyware, India was targeted as well. Several Indians were potential target groups of snooping by the Pegasus. At least 300 names out of the 50,000-number snooping list reportedly belonged to Indians and more than 1000 phone numbers in India were subjected to the spyware. Anil Ambani, CBI ex-director Alok Verma, Siddharth Varadarajan, co-founder of The Wire are few of the names included in the Pegasus spyware snoop list among other journalists, activists, and politicians.

A recent report emerged across the Indian and Israeli media associated with a London-based NGO, Amnesty International, who released a falsely translated Hebrew document containing the phone numbers of prominent personnel. Initially accessed by Forbidden Stories, a Paris-based non-profit media organization, the list was provided to several media houses across the world. The disclosure of the document led to a commotion across the world and the Modi Government faced accusations by the oppositions for surveillance on citizens and major political leaders. Former Congress President Rahul Gandhi claimed that all his phones were tapped and lashed out at the ruling Narendra Modi-led government for allegedly using “Pegasus” to infringe data in a secular, democratic nation. However, Minister of State for External Affairs Meenakshi Lekhi, on Thursday, condemned the allegations and said that it is a concocted, fabricated, evidence-less story. In response to this, Amnesty International stated that it stands by its findings on the Pegasus Project and false rumors are being posted across social media to divert the attention from the unlawful targeting of journalists, activists, and others. The creator of Pegasus, an NSO firm also responded saying that it does not have access to the data of its customers and sells it to vetted government customers.

In another news, Pakistan’s Foreign  Office(FO) raised serious concerns over international reports claiming India’s hand in the data surveillance on its citizens. Prime Minister Imran Khan, a potential target of the Pegasus spyware, reached out to the United Nations on Friday to investigate whether India played a part in the Pegasus row. Considering it a breach of privacy, the FO urged the U.N. to take the right actions and hold the Indian perpetrators to account.

While India’s PM Modi was accused of ‘treason’ over the Pegasus spyware scandal, many BJP leaders responded and defended the government. Uttar Pradesh Chief Minister Yogi Adityanath accused opposition parties of spreading negativity. He also demanded that the parties apologized for such behavior. Assam Chief Minister Himanta Biswa Sarma urged a ban on the international NGO Amnesty over its role in the Pegasus scandal. In support of the Government, Former Maharashtra Chief Minister Devendra Fadnavis confirmed the BJP Government which was in power in the state from 2014-2019 never used the services of NSO group or its spyware Pegasus.

You may also be exposed to the Pegasus spyware!

Recently, Amnesty International has released a tool to check your phone for Pegasus spyware. A tool called Amnesty’s mvt program which also comes with a set of instructions can be downloaded and installed on the device. Currently, Amnesty only provides instructions for installing the tool on macOS and Linux systems. The tool checks for potentially malicious SMS messages APK files.

Looking around the heated arguments, the chaos, the truth, the allegations, and the upheaval spyware has caused, one can ponder over a question in an age of technology,