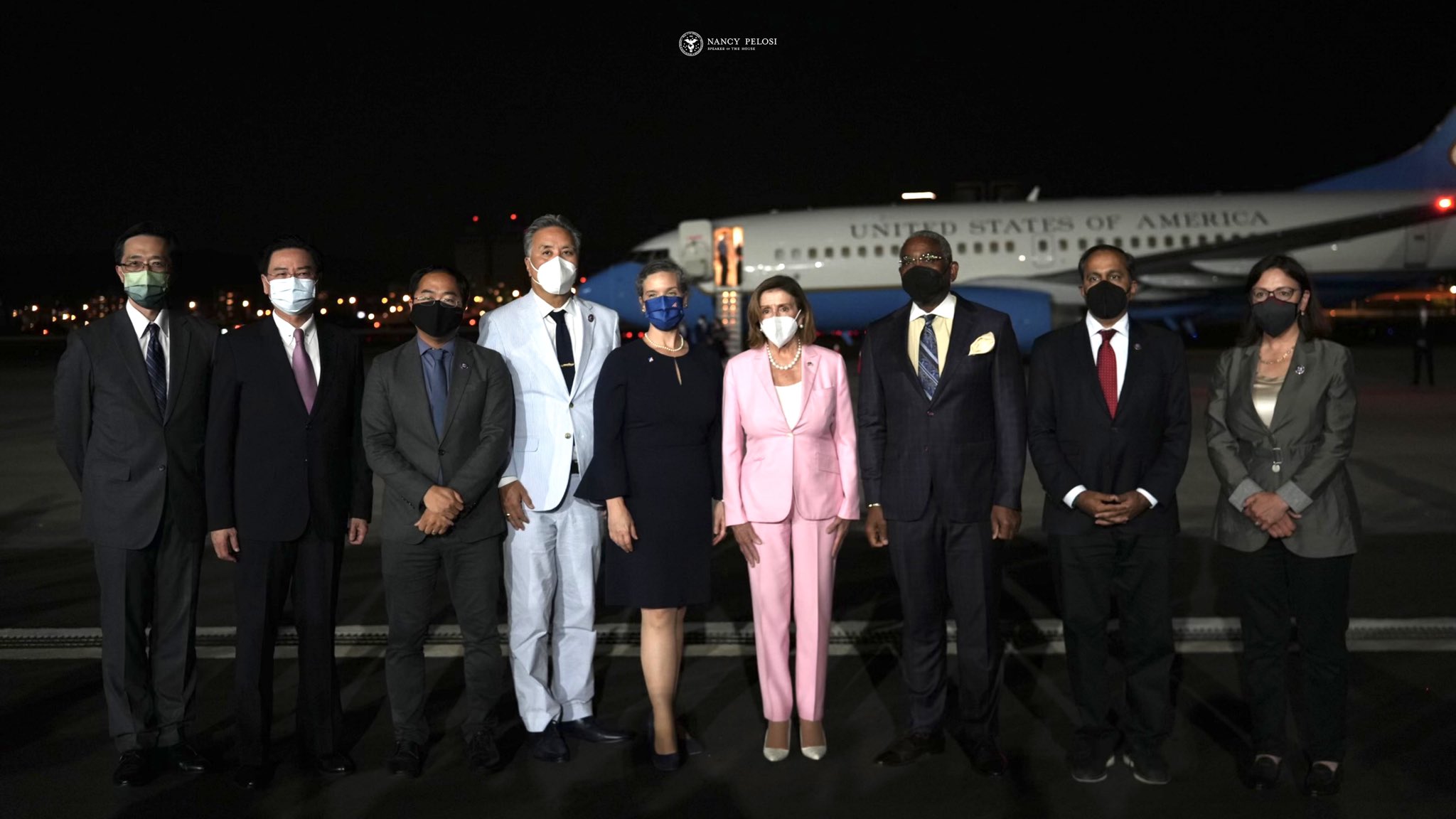 The Speaker of the United States House of Representatives Nancy Pelosi arrived along with her delegation at the Songshan Airport in Taipei. They were welcomed by Taiwan’s minister of foreign affairs, Joseph Wu and U.S. representative in Taiwan, Sandra Oudkirk. Pelosi’s visit was intended to express America’s “solidarity” with the Chinese-proclaimed island.

“Our delegation’s visit to Taiwan honors America’s unwavering commitment to supporting Taiwan’s vibrant Democracy. Our discussions with Taiwan leadership reaffirm our support for our partner & promote our shared interests, including advancing a free & open Indo-Pacific region”, Pelosi stated on her Twitter page upon arriving in Taiwan.

The Washington Post published an opinion piece in which Pelosi stated that her visit to Taiwan does not necessarily mean contradicting the “long-standing one-China policy”.

She also cited the 1979 Taiwan Relations Act that contains America’s intentions of maintaining peace and stability in Taiwan.

She said that the U.S is highly concerned about Taiwan’s future and that every measure or act to be taken should be carefully conducted and to avoid any conflict that can be a threat to the peace and stability of the Western Pacific area.

Pelosi’s stop in Taipei is most likely to create deeper instability in the region, and is thought to worsen US-China relations, and cause a disastrous military conflict.

China already expressed its discontent with the situation, and severely condemned the U.S interference with China’s territorial integrity. The Chinese ministry of foreign affairs released a statement warning that the visit "has a severe impact on the political foundation of China-U.S. relations, and seriously infringes upon China's sovereignty and territorial integrity."

The Chinese government was quick in action as it has already imposed import bans on over 100 Taiwanese products. Along with the economic sanctions, China expressed its readiness to deploy its military power. On Tuesday, and upon Pelosi’s arrival, the People’s Liberation Army deployed Chinese warplanes and started military drills across the Taiwan air defense zone.

China’s forign ministry spokeswoman Hua Chunying stated that the military operations conducted in the sea near Taiwan are just and necessary measures to protect the sovereignty of China.

Taiwan’s minister of defense expressed the island’s willingness to defend itself against any potential Chinese military threat and said that it wouldn’t surrender to China’s authority.

The U.S informally declared its military support of Taiwan as it has already positioned four of its warships, including an aircraft carrier, in waters east of Taiwan. The U.S denied any intentions of waging war, and rather called this act a routine deployment.

The foreign ministry of Iran stated that the U.S has violated international law through its intervention in the relations between China and Taiwan, and that unilateralism and the violation of nations’ sovereignty have become a common US foreign policy.

Foreign ministry spokesman Nasser Kanani condemned Pelosi’s visit and pointed to the dire consequences that may follow. He stated that the U.S’s continuous interference with the domestic affairs of other sovereign countries would only result in increasing destabilization and conflicts.

What if China invades Taiwan?