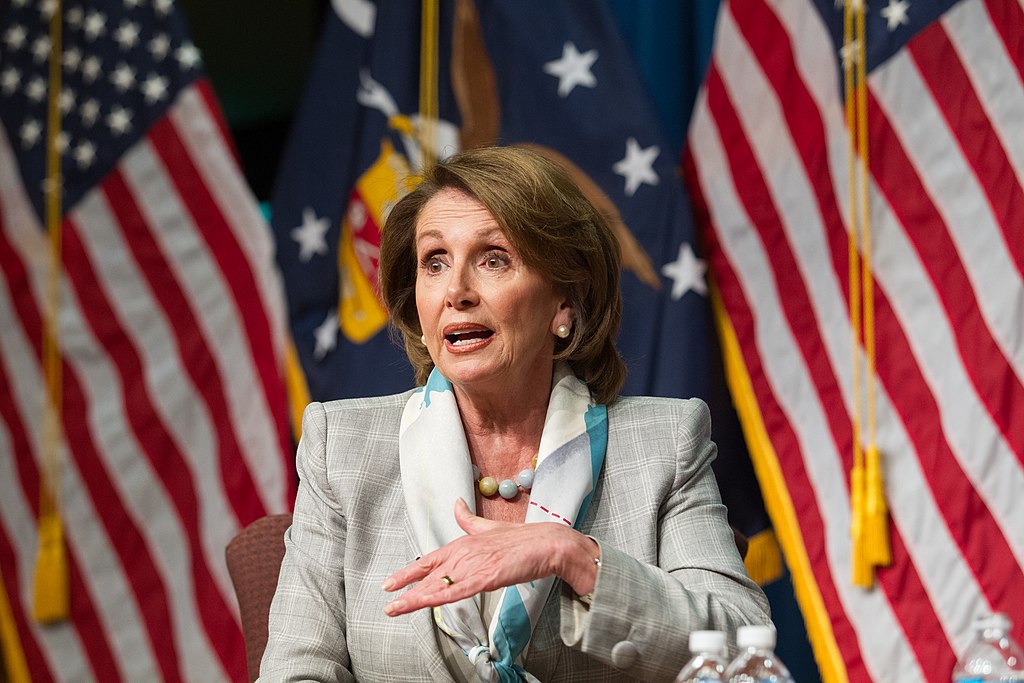 U.S. House Speaker Nancy Pelosi makes the highest-level trip by a U.S. official in 25 years to Taiwan on Tuesday.

Pelosi and her delegation arrived at Songshan Airport in downtown Taipei, according to Reuters. They were welcomed by Taiwan’s foreign minister, Joseph Wu, and Sandra Oudkirk, a U.S. representative in Taiwan.

"Our congressional delegation's visit to Taiwan honors America's unwavering commitment to supporting Taiwan's vibrant democracy," Pelosi said in a statement after landing in Taiwan. "America's solidarity with the 23 million people of Taiwan is more important today than ever, as the world faces a choice between autocracy and democracy."

China has made multiple warnings for Pelosi to avoid visiting the self-governing island. On Monday, Beijing threatened that they are willing to take “resolute and forceful measures” and that the Chinese military “won’t sit by idly” if they think the territorial integrity is being threatened, CNN reports.

The White House worries that this might trigger a crisis in the Taiwan Strait and worsen relations between the U.S. and China. Ahead of Pelosi’s arrival, China sent two Su-35 fighter jets across Taiwan, according to NPR. The spokeswoman for China’s foreign ministry posted on Twitter that “the US & Taiwan have made provocations together first, whereas China has been compelled to act in self-defense."

Ryan Haas, a senior fellow at the Brookings Institution, said to NPR that the visit occurs at a “sensitive time” for China.

"It coincides with the PLA (People's Liberation Army) Day, the National Day in honor of the establishment of their military, and it is in the run-up to a leadership conclave this month to talk about plans for the future of China," Haas said.

Pelosi had plans to visit Taiwan earlier this year in April but was postponed because she tested positive for COVID-19, according to BBC. She commented earlier this month that it was "important for us to show support for Taiwan.”

Most of the U.S. House Speaker’s planned meetings are scheduled for Wednesday, Reuters reported. Some of the planned itineraries include meetings with President Tsai Ing-wen and meeting a group of activists that are vocal about China's human rights record.

Pelosi’s visit comes less than a week after U.S. President Joe Biden’s conversation with China’s President Xi Jinping. Over the two-hour-long phone call, they spoke about multiple issues including Taiwan, NPR reported. During the call, Biden reminded China that the U.S. policy still remains in place, saying the U.S. “strongly opposes unilateral efforts to change the status quo or undermine peace and stability across the Taiwan Strait.”

Ahead of Pelosi’s visit to the island, Taiwan faced cyberattacks in the evening hours of Tuesday, local time. The presidential office said that it suffered a 20-minute barrage, according to Bloomberg. Presidential spokesman Xavier Chang said the attacks were 200 times worse than usual.

Pelosi visited Singapore and Malaysia as of now in her Asia tour, CNN reports. Other countries in the itinerary include South Korea and Japan. Her visit to Taiwan was not announced beforehand.