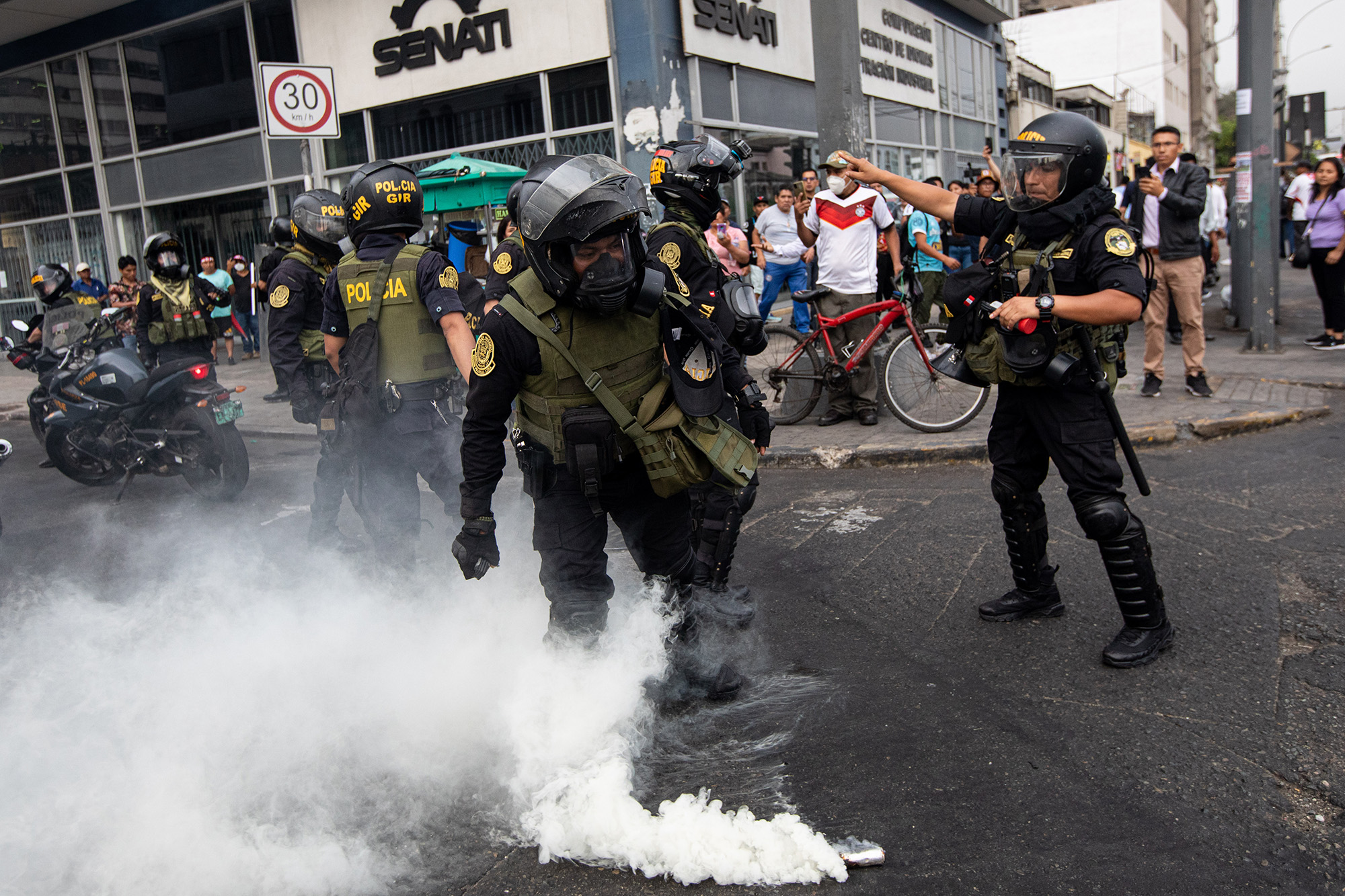 On Thursday, January 19, thousands in Peru descended on the capital Lima in protest against the current President Dina Boluarte. The mass demonstrations marked the latest phase of a movement against the government that has rocked the country for more than a month.

On December 7 last year, former President Pedro Castillo was replaced by Boluarte after trying to dissolve congress and rule by decree. Currently, he is being held in custody while under investigation on charges of rebellion. After numerous corruption scandals, these events took place just before congress’ third impeachment attempt on Castillo.

Initially, protests were launched in support of Castillo but since shifted to demand Boluarte’s resignation, congress’ closure, and a new round of elections. Violence has marked the movement with the total death toll rising to 53 as of January 19, which was confirmed by Macusani health official Dr Iván Fernández.

Outrage over the growing number of deaths continues to fuel the protests, serving as the largest scale of political violence the country has seen in decades. The UN Human Rights Office (HRO) has continued to show concern over the escalating and disproportionate use of force by authorities against citizens, urging them to respect and protect human rights.

According to a survey conducted this month by the Institute of Peruvian Studies (IEP), public opinion seems to support the protests with 60% of citizens viewing them as justified. Furthermore, it found that 58% of Peruvians believe that authorities have responded with excessive means toward protesters. Additionally, it also indicated that 71% disapprove of Boluarte’s government and that a further 88% disapprove of the Congress of the Republic.

A key factor underlying the protests is the deeply-rooted division between the poor rural peasantry and the rich urban elite. The former tend to be Indigenous Peruvians hailing from the Andean and Amazonian regions, whilst the latter hold immensely more political power and tend to centralize within Lima. Peru has long faced political turmoil, stemming largely from its colonial history, with six different presidents in the last six years.

Castillo, hailing from a similar background to the poor rural class, had promised to end this divide and finally give a voice to the country’s most marginalized citizens. Many now believe that Boluarte’s government will not provide them with proper representation and are therefore participating in the protests. This is another major component behind the movement.

Despite the escalating tensions, Boluarte has refused to resign. “I will not resign. My commitment is with Peru and not the tiny group that is making the country bleed” she said in a late-night address on January 13. Furthermore, Boluarte has continued to call for dialogue to resolve the situation through peaceful discussion rather than violent clashes between protesters and authorities. Regardless, analysts continue to forecast a grim future for Peru, and it remains crucial to keep an eye on how the situation will unfold.