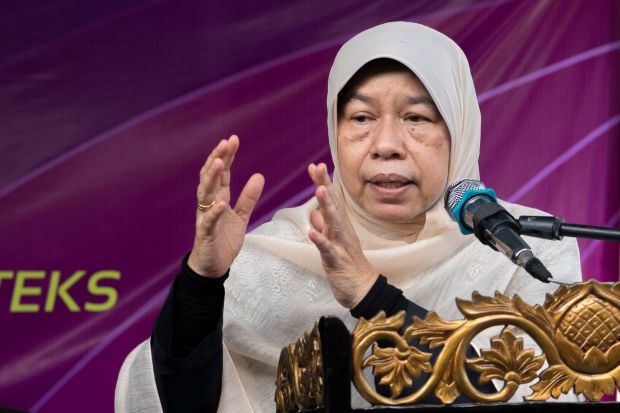 A wave of controversies emerged earlier this year following the politician Zuraida Kamaruddin's well-earnest defence of the Malaysian palm oil sector, remarking that "the world needs palm oil’" and denying accusations of the industry's ill-effects on orangutan populations.

Palm oil is the planet’s most widely consumed vegetable oil, found in near everything from pizza to cosmetics. Official statements from the Malaysian Palm Oil Industry noted that the nation accounted for over one-third of worldwide palm oil exports in 2020, 10% behind neighbouring competitor Indonesia. The palm crop yields the highest quantity of oil per land acre compared with other oils making it highly productive to meet consumer demands at lower marginal costs. Through the stringent implementation of well-managed policies and regulations, leading agribusinesses within this sector, such as Taner, can also be sustainably certified upon adherence to standards listed by the Roundtable on Sustainable Palm Oil. However, politics, corruption, and the importance of the Malaysian palm oil industry for the economy have often meant production and exportation remain highly unsustainable and hence socially and ecologically destructive despite Zuraida’s recent calling for sustained outward trade of the ubiquitous commodity.

Since mid-July, Indonesia’s decision to abandon an export levy for three weeks in hopes of boosting palm oil exports raises expectations for growing competition amongst industries across the palm market to meet consumer demands. Despite palm oil production being cheaper in Indonesia due to sufficient labour force and access, Zuraida remains optimistic that growing Chinese and Indian demand will par Malaysia’s competitive advantage with Indonesia's industry according to Malaymail reports. This belief has been reflected through quotes by Zuraida in Nasdaq as the politician estimates that Malaysia’s 2022 crude palm oil price will increase 150% this year compared to 2019 averages. Even though Zuraida and her associations at the Palm Oil ministry remain well-spirited toward Malaysian palm oil exports, Indonesia’s supply surge will inevitably pressure markets and create a state of precarity for Malaysia’s trade as prices may in fact decline according to Bloomberg-UK speculations.

Till the cessation of Indonesia’s wavering of its palm oil levy in August, the state of Malaysia’s palm oil markets will remain pivoted between a state of potential economic vitality or economic fatality. Only one component remains certain - ecological devastation will ensue.

The Malaysian palm oil industry is highly contested, attracting supporters like Zuraida advocating for the continued expansion of the industry's production whilst environmentalist organisations such as Greenpeace and Friends of the Earth continue to pile pressure on palm oil processors and consumers. Zuraida proclaimed her defence for the impacts of Malaysia’s palm oil industry on wildlife in January at the Malaysian Palm Oil Council's 2022 seminar, stating the now viral phrase that the industry does not ‘simply kill orangutans’ rather orangutans ‘will kill you first’. The politician’s controversial views rippled waves of tension amongst environmentalists worldwide, one being the Malaysian president of the Ecotourism and Conservation Society Andrew Sebastian who criticised Zuraida’s claims as lacking knowledge and purely ‘ignorant’. It is undeniable that the expansion of Malaysia's palm oil industry has been an undeniable contributor to the dearth of orangutans, largely because widespread monocultures demand extensive deforestation. Destruction of wide swaths of tropical rainforest exposes forest-dwelling primates to poaching whilst displacing them from key resources including shelter and food. Five decades ago, 288,500 orangutans were estimated to be inhabiting the Borneo region of Malaysia. Today, this figure is projected to fall to 47,000 by 2025 under the continued intensification of palm oil production and exportation.

Zuraida has made some sweeping claims about the state of Malaysia’s palm oil industry – a significant weight on her professional status if markets do or do not meet her vocalised expectations – in addition to her orangutan remarks. How the Pacific nations regulate their palm oil exports will indefinitely determine the state of numerous factors including the palm oil markets, the lives of primates, the prestige of politicians, and even the ability to buy products indebted to palm oil including the beloved pizza.