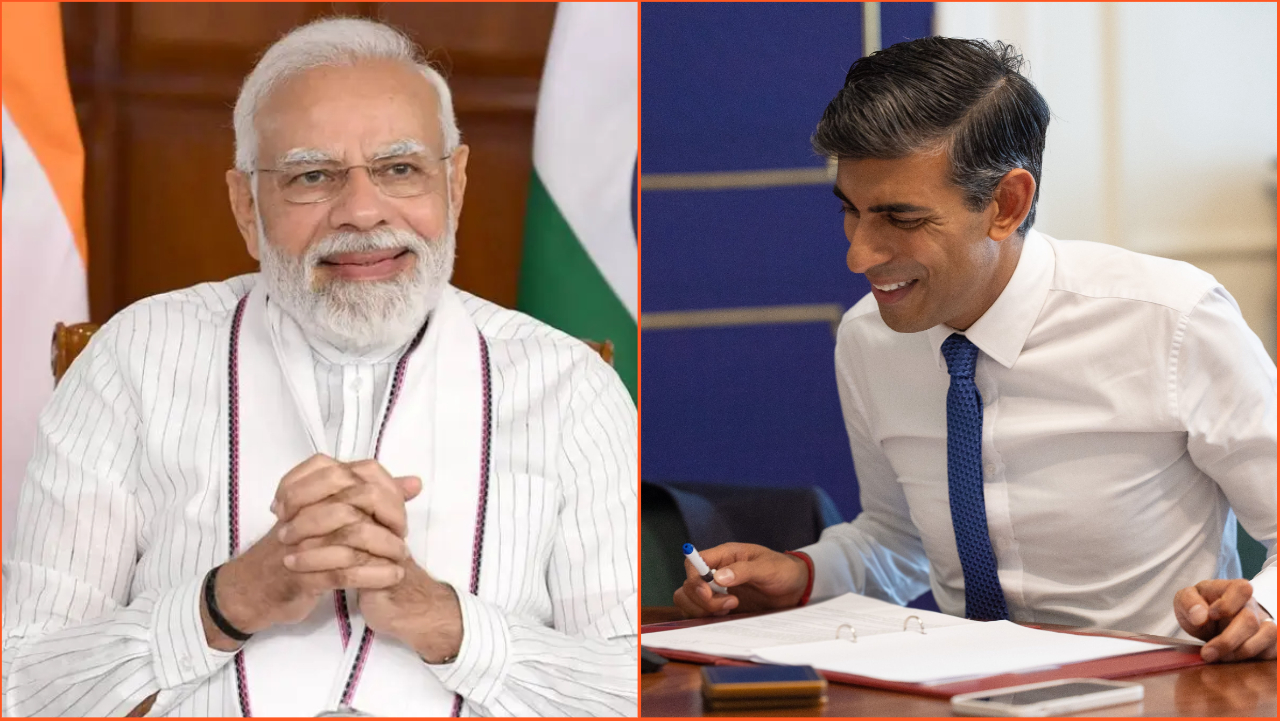 Maiden India’s official talk with Sunak, since he became the first Indian-origin Prime Minister of the United Kingdom

Prime Minister Narendra Modi spoke to the newly selected Indian- origin PM of Britain Rishi Sunak on Thursday. In the conversation, both leaders consented to the early conclusion of a comprehensive and balanced free trade agreement(FTA) between India and The UK.

This was the first conversation between the two leaders, ever-since Indian-origin PM of Britain, Sunak took charge.

Taking to Twitter, PM Modi expressed his happiness and talked about the topic he discussed with the newly elected Prime Minister of the UK. He said “Glad to speak to @RishiSunak today. Congratulated him on assuming charge as UK PM”. Further added that they will work together to further strengthen the Comprehensive Strategic Partnership. They also agreed on the importance of an early conclusion of a comprehensive and balanced FTA, PM Modi added. 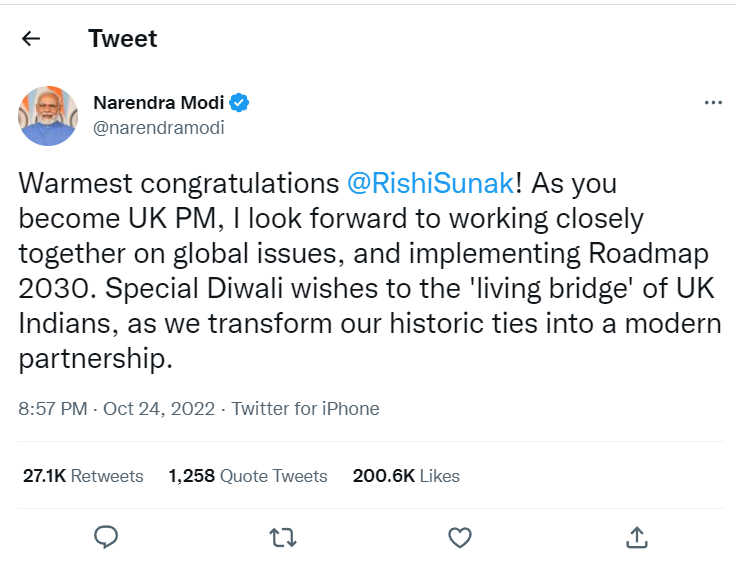 While, Indian-origin Britain PM Sunak on Monday, thanked PM Modi for his greetings. Further said, he was excited about what the two great democracies could achieve by deepening their security, defence, and economic partnership. "Thank you Prime Minister Narendra Modi for your kind words as I get started in my new role. The UK and India share so much”, Sunak said in a tweet. He then added that he was excited about what our two great democracies can achieve as they deepen their security, defence, and economic partnership in the months & years ahead. 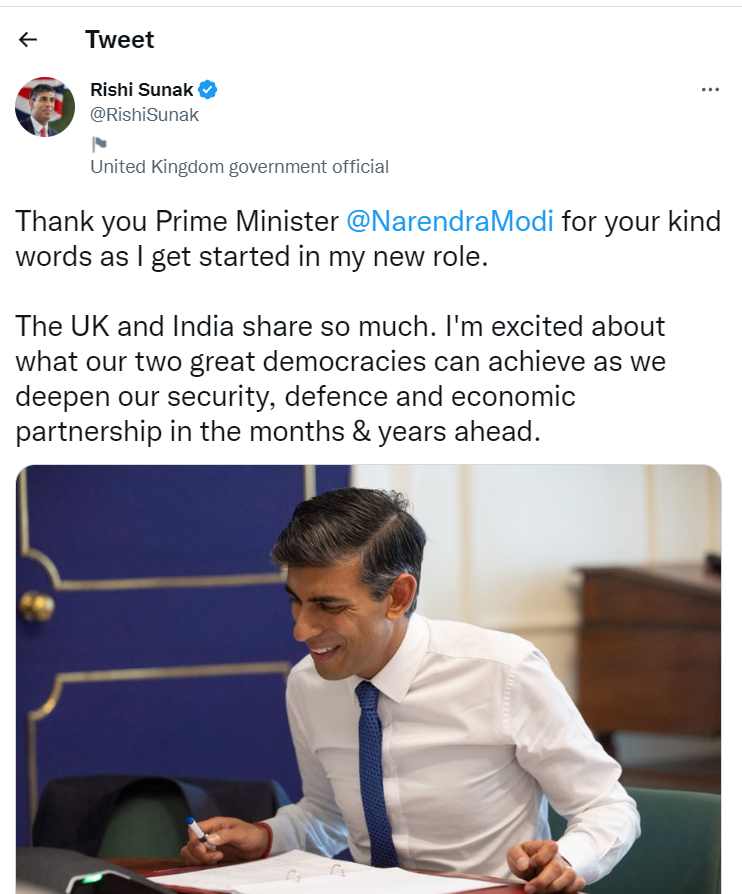 Free Trade Agreement Between India and the UK

The conversation between leaders of the two countries commenced when countries were yet to finalise the trade deal.

In January, India and Britain began their negotiations on a Free Trade Agreement(FTA). The deadline for this discussion was kept on Diwali. However, due to a lack of consensus on the Agreement, the deadline got missed. Sunak supports the Trade Deal Sunak, who had earlier served as the Chancellor to the Exchequer, had positively reacted to this deal between the two countries. He expressed his support for the FTA as he saw vast opportunities for both countries in the fintech and insurance sectors.

The 42-year-old Sunak becomes the youngest British prime minister in the 210 years of Britain's history and also the first PM of colour to hold the highest office in the UK. The two leaders will meet next at the G20 Summit scheduled to be held in Bali, Indonesia next month.

Also Read: Rishi Sunak becomes the first Indian-origin PM of Britain: Know what Challenges Lies Next for him