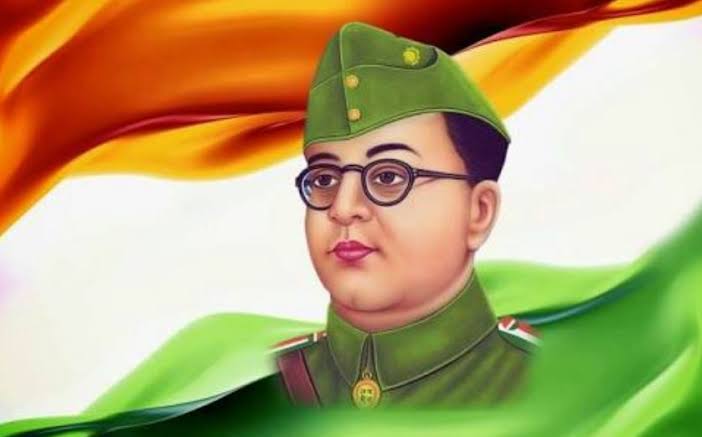 Today marks Netaji's 125th birthday, and India as a whole is commemorating him as one of the most renowned leaders of the Indian freedom struggle. His birth anniversary was known as 'Desh Nayak Diwas' by the Trinamool Congress. However, in 2021, the Modi government stated that his birthday will be renamed "parakram Diwas."

Netaji was born on the 23rd of January in Cuttack and was a member of the Indian National Congress's youth wing. From 1938 to 1939, Bose served as President of the Indian National Congress. He attempted to expel the British. Netaji built-up free Indian radio with the support of the Germans, where he gave inspirational speeches. When the Second World War broke out, Bose journeyed to Nazi Germany, the Soviet Union, and Imperial Germany in search of a way to free India from British oppression. His demise, though, remains a mystery. Many people believe that he died in a plane crash or that he survived the catastrophe and fled the British.

The statue of Netaji Subhas Chandra Bose is 28 feet tall and 6 feet wide, according to Prime Minister Narendra Modi's announcement. Visitors will not be able to see an invisible, high gain, 90 percent transparent holographic screen that has been created in such a way that it is not visible. To generate the illusion of a hologram, a 3D image of Netaji will be projected onto the holographic screen. The hologram statue will be powered by a 30,000 lumen light source. Modi also tweeted that on the occasion of Netaji Subhas Chandra Bose's birth anniversary, he bowed to him and that every Indian is proud of him for his contributions to the country. On this unique occasion, PM Modi will award the Subhas Chandra Bose Aapda Prabandhan Puraskar for the years 2019, 2020, 2021, and 2022. A total of seven awards will be presented during the ceremony.

Last year, the government stated that "Parkaram Diwas" would be observed every day. Netaji was born on January 23, 1897, in Cuttack, Odisha, to advocate Janaki Nath Bose. He went on to play a key role in the freedom movement. Every year on January 26th, Republic Day is commemorated; however, according to accounts, the commemoration finishes on January 30th, the day Mahatma Gandhi was assassinated.