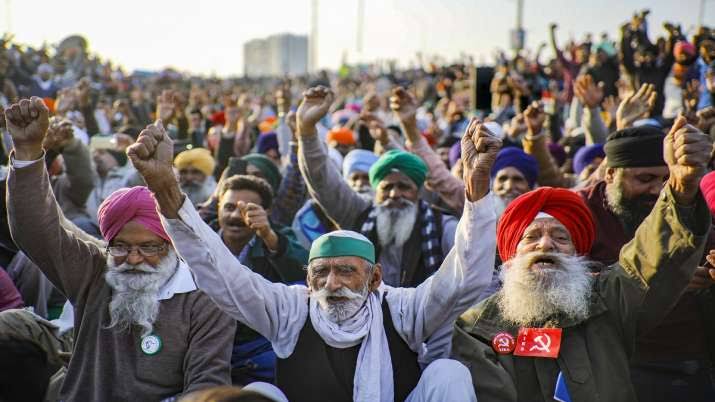 Prime Minister Narendra Modi announced today that three controversial agriculture rules that have sparked major farmer demonstrations across the country for over a year will be repealed, only months before elections in places like Uttar Pradesh and Punjab.

"While apologizing to the nation, I want to say with a sincere and pure heart that maybe something was lacking in our Tapasya (dedication) that we could not explain the truth, as clear as the light of the Diya, to some of our farmer brothers. But today is Prakash Parv, not the time to blame anyone. Today, I want to tell the country that we have decided to repeal the three farm laws," PM Modi said in an address to the nation.

The announcement comes on a significant day for many Sikh farmers, as India commemorates the birthday of Guru Nanak, the founder of Sikhism - a day that is especially treasured and celebrated in Punjab, India's agricultural "rice bowl."

Prior to the retreat, the Prime Minister justified the laws, claiming that they were intended as improvements, primarily for the country's small and marginal farmers.

"Everything I did was for the benefit of farmers. What I'm doing is for the good of the country."

The laws were passed in September of last year, and despite numerous demands from the opposition, Modi's party refused to extend the debate.

Since November 2020, tens of thousands of farmers from Punjab, Haryana, Uttar Pradesh, and Rajasthan have been camped outside Delhi, asking that the "black laws" be repealed. While the protests have mainly been nonviolent, protestors stormed the famous Red Fort in the capital's heart in January, breaking over police barricades. In conflicts with police, one protester was killed and hundreds were injured. During the rallies, dozens of farmers died from suicide, adverse weather conditions, and COVID-19, which drew international support from rights activists and celebrities, including climate activist Greta Thunberg and American singer Rihanna.

The protesters' organizers, Samyukt Kisan Morcha, said they were pleased with the government's announcement. However, it stated that the protests would continue until the government promises them guaranteed pricing for some important commodities – a system that was implemented in the 1960s to assist India to build up its food stocks and avoid shortages.

The BJP has encountered widespread opposition in northern states, which it cannot afford as it prepares for upcoming elections, including the national elections in 2024.

In the upcoming parliament session, the government would complete the process of abolishing the three laws, he said. On November 29, India's parliament will assemble for its winter session.

The controversial laws denoted the most significant changes to Indian agriculture in decades, dismantling a network of government-owned local wholesale markets — where many farmers are required to sell their produce at a fixed price, sometimes subsidized by public funds — and replacing them with free markets. It would have also imposed harsh fines on dealers who store crucial commodities in anticipation of future sales.

#Masterstroke began trending on social media shortly after his speech.

The opposition will have to rethink its future measures, but for now, its leaders are hailing it as a triumph for farmers over the government's arrogance.

"Arrogance has been conquered by farmers' satyagraha. Congratulations on your victory over injustice," Rahul Gandhi, the Congress leader, took to Twitter.