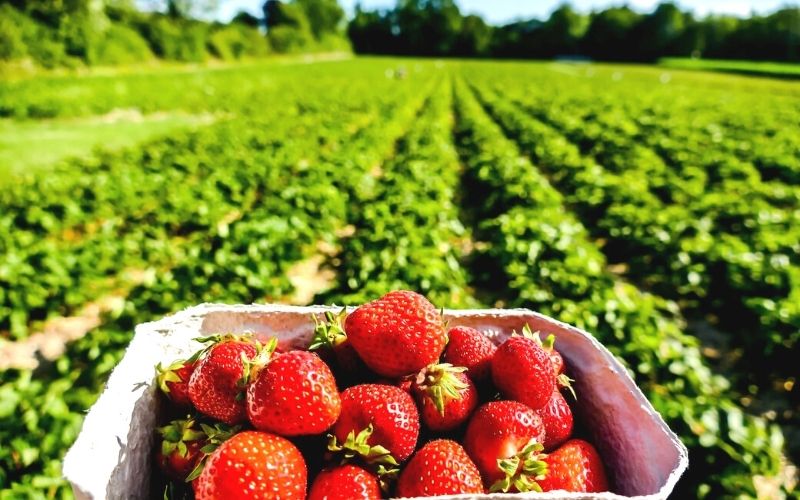 A recent report from the UK government has warned that there are labour shortages post-Brexit, further accentuated by the Covid-19 pandemic.

According to the BBC, these have badly affected the UK’s food and agriculture sector. Some fruit suppliers have reported having no option but to leave rotting old fruit produce in the fields.

The owner of Lindsey Lodge Farm in Hadleigh, Suffolk, Andrew Sturgeon, has told the BBC: “[From the] end of May into June we are full-on, picking fruit”.

He urged the BBC: “We need pickers, there is a limit to the amount of time you could expect anyone to pick fruit.” “We have 11 pickers now but we'd like to get 15 or 16.”

There was a system before Brexit where if a picker dropped out of the team at the farm, then they would bring somebody to work in their place. However, post-Brexit, this is just not possible.

Sturgeon believes that the workers who left the farm to return to the EU after Brexit are the labour shortage gaps that need filling.

"It was very easy to get pickers and now it's not very easy,” Sturgeon adds.

The BBC has stated that in Spring, there was a large area of asparagus growing in Woodbridge that wasn’t able to be picked. The farmer thus had a large loss of income, which, in turn, meant that asparagus most likely had to be imported to meet consumer demand.

A Romanian picker of 12-years told the BBC: “[I enjoy the work here] because I work with family - my brother, my sister, my cousin - we keep coming back here and working”. And: "I have some friends and family in Romania who want to come but because of the paperwork they cannot.”