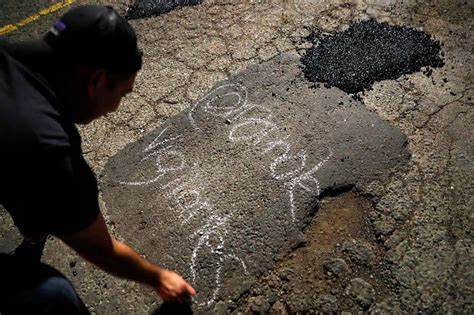 If you have a car, then you know what one of the most irritating things is when you’re driving down the road: Potholes. Potholes are one of the most dangerous and common threats to drivers in the United States of America because they can happen on any road after a certain amount of time without repair and they can cause serious damage to vehicles that go over them. A car that hits a pothole a bit too fast can have its tires bent out of shape and lead to very expensive repairs, so a few locals in Oakland, California took it upon themselves to fix them under the cover of night.

The vigilantes don’t receive any payment for what they do and they risk a lot of punishment for it, for they could receive fines, jail time, and the reversal of their work if they are ever caught. For instance, it costs about $20 and a half an hour to fill up just one pothole, which would be a small fraction of how many they do a night. So when it comes to crunching the numbers, it costs a lot for these vigilantes to do their deeds and they don’t receive much of a personal benefit for it.

However, their reward comes in the form of smiles and safety from those that they serve in their city. Cars and people can drive freely and more confidently because of these vigilantes, for the dangerous obstacles are filled for them. This is something that their city's officials couldn’t do, even when the city has millions of dollars and plenty of employees to fill the potholes.