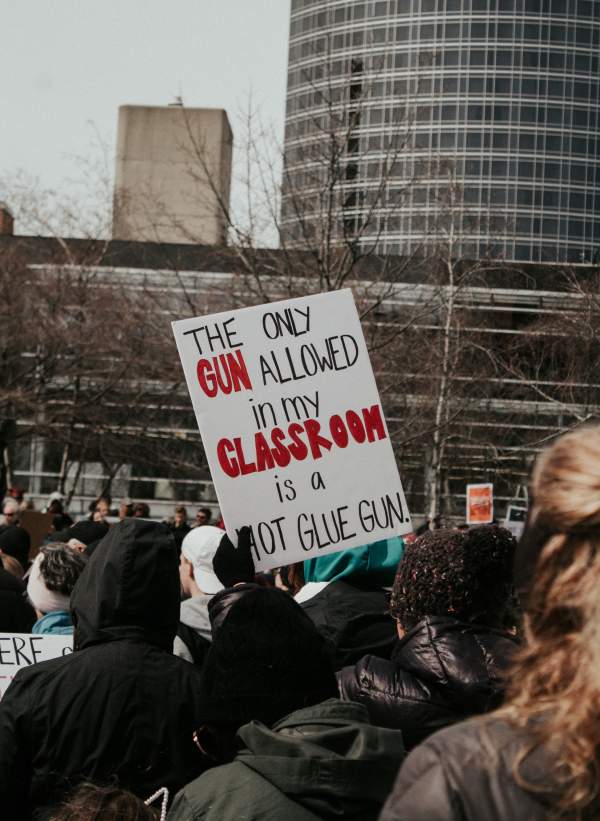 On June 2nd, 2022, U.S President Joe Biden walked into a room filled with candles representing the lives lost these past few days due to gun violence. In this room, he faced the press to discuss the next steps needed to protect children, families, and neighbors as they participate in daily life activities and persuade Republican Senators to consider changes to current gun laws.

“This is not about taking away anyone's guns. It’s not about vilifying gun owners…" The president makes it known he supports of the tradition and culture of gun-owning but, the second amendment does not make the right for people to own firearms “absolute”.

“The rights granted by the second amendment are not unlimited…it never has been there has always been limitations on what weapons you can own.” President Biden quotes Justice Scalia, who served as an associate justice of the Supreme Court from 1986 until he died in 2016. The President mentions how for 90 years machine guns have been federally regulated but citizens still have their rights depending on specific state laws.

President Biden adds, “This is about protecting our freedom to go to school, to a grocery store, to a church without being shot and killed.” He then takes the time to acknowledge statistics from The Center of Disease Control and Prevention, “Guns are the number one killer of children in the United States of America…more than car accidents, more than cancer. Over the last two decades, more school-age children have died from guns than on-duty police officers and active-duty military combined…”

Coming to terms that every tragedy cannot be prevented, the President decided we can no longer sit, and talk about what needs to be done. Limiting the number of rounds a weapon can hold, expanding background checks, safe storage laws, personal liability, and nationalizing the Red Flag Law in every state the demands of families of the Uvalde, Texas shooting and Americans to Biden.

President Biden insists the Liability Shield be taken from gun shops, as it stops gun manufacturers from being sued for the devastations caused by their weapons, more mental health services become available in schools, and he encourages the age to buy firearms to be raised from 18 to 21. The president said that the assault weapons ban on high capacity magazines from 1994 should be revived as during the 10 years the law was utilized mass shootings were at their lowest but when the law expired in 2004 mass shootings tripled.

The House of Chairs has passed legislation to expand background checks for all gun sales, including online sales and at gun shows, and prevent gun sales from going through after three business days when the background check is incomplete. Next week it is expected the representatives will evaluate other potential legislation such as raising the age for gun purchasing, banning high capacity magazines, federal red flag law, a ban on guns without serial numbers, and tighter laws to prevent gun trafficking and straw purchasing. For this to be possible 10 Republican senators are needed to support.