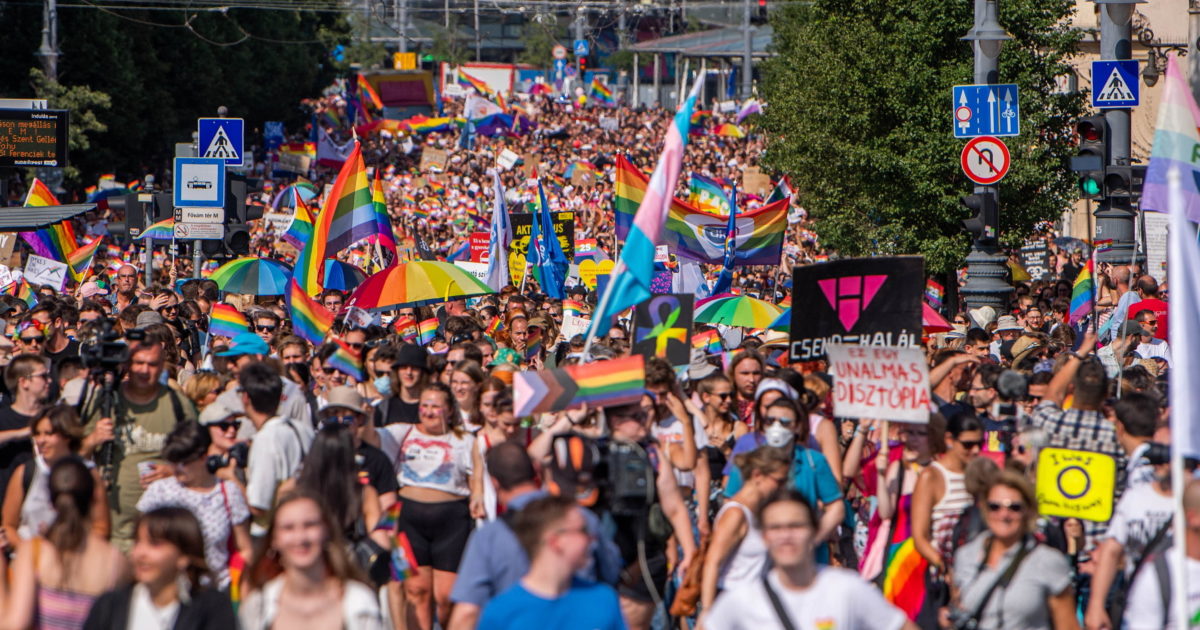 Last week, on the 23 July, the 27th pride parade took place on the streets of Budapest, Hungary. Considering the right-wing dominance of the country, pride takes a peculiar place in the society.

As they already managed last year, the party “Mi Hazánk” (Our Home) rented out the avenue Andrássy for a private event that will actually not take place, so that the pride cannot make its way through that significant street.

Moreover, in some corners of the city, a dozen people started counter-protests. They dressed up in dark clothes and criticised the potential American ambassador in the future, David Pressman, who is widely known as a voice for the LGBTQ+ community.

Regardless, thousands of demonstrators showed up in the 40 degree weather and decorated with all the colours of the rainbow. Festive feeling took over the city of Budapest with all the multicoloured events, concerts, speeches and dancing.

After the law for the protection of children, as advocated in the Hungarian media, stepped into force last July, the content about the LGBTQ+ society was heavily regulated. Moreover, children now depend on a domestic education about their sexuality, which makes reliable content reaching problematic. Despite the efforts in the country and also from the outside, the law’s modification remained intact.

It is shown that education on sexulatity is already poorly adressed on a global scale. The last decades have changed the way that sexuality is perceived. Many of the older generations lack the knowledge and the experience in this topic, and consequently the upcoming generation is going to suffer from it.

In a country that considers itself as an integrated and essential part of Europe, it seems despisable to go against its fundamental beliefs. The exclusiveness of Hungary is going to be the death of a competent next generation or the reason for which a part of society is going to fiercely demonstrate, just as the people on the pride 2022 did.