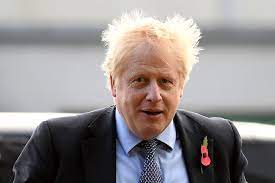 The resignation will conclude Johnson’s three years in power. He stepped down immediately as the Conservative Party leader but will remain Prime Minister until the party chooses his replacement.

Many Conservatives worry that Johnson’s final weeks in office will bear chaos, pointing to the 50 recent resignations from Parliament members. Critics are also skeptical of Johnson’s ability to govern with so many vacancies.

All 50 members resigned less than 48 hours before Johnson announced his resignation. Many officials stated that Johnson’s lack of integrity in light of recent scandals was their reason for quitting.

Controversy arose against Johnson when Conservative Deputy Chief Whip Chris Pincher was accused of sexual assault. Johnson claimed to be unaware of the assault when he appointed Pincher, but it was later revealed that he had known of the allegations.

Revelations of Johnson’s dishonesty led to the resignations of two high-ranking ministers one day before Johnson’s announcement. Finance Minister Rishi Sunak and Health Secretary Sajid Javid attributed their withdrawal to losing confidence in the prime minister.

Much of Johnson’s term was tainted by accusations that he did not follow his rules. In January, a report on parties in Downing Street during the height of the pandemic revealed Johnson’s participation in social gatherings that violated lockdown rules.

The prime minister has also been accused of keeping close ties with party donors and protecting his supporters from corruption and bullying allegations. Last month, he survived the no-confidence vote in Parliament, but 41% of Conservative members voted against him.

Johnson still clung to power after members of his party expressed intense disapproval. But after Treasury Chief Nadhim Zahawi publicly told him to resign Thursday morning, the prime minister was forced to accept defeat.

Many Britons were relieved and surprised at Johnson’s departure announcement, given his problematic term. But the timetable for electing a new prime minister has yet to be announced.