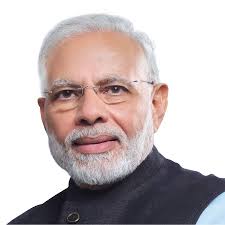 On the 75th anniversary of India's independence, Prime Minister Narendra Modi addressed the nation and highlighted various areas where he said his BJP government had made success.

We've investigated a few of those statements.

According to a recent article, "India's efforts in [the] environment are producing results...[an] rise in forest cover, number of national parks, [the] number of tigers and Asiatic lions are a subject of happiness."

While India is working toward a goal of reforesting one-third of the country, progress has been slow. Mr. Modi may be referencing the government's forecast that forest cover in the country has increased to 24.6% of the total area in 2021, a 1% rise from the previous year.

But between 2002 and 2021, India saw a 19% decline in its tree cover, as reported by the Global Forest Watch (GFW), which compiles data from the University of Maryland, Google, the US Geological Survey, and NASA.

The difference can be explained by how different organizations define "forest," with the official Forest Survey of India counting rubber, tea, and coffee plantations on private and communal land alongside the road, rail, and canal-side plantations as part of the country's forest cover.

The number of tigers in India has recently gone up. Mr. Modi is correct in saying that lion and tiger populations have been on the rise in recent years.

Although there have been some positive changes in India's climate policy, the country is still one of the world's largest emitters of carbon dioxide (behind only the United States and China) and relies largely on coal.

As per Mr. Modi, India will be "carbon neutral" by the year 2070, meaning there would be no net emissions.

By the year 2030, India plans to have installed a total of 450 GW of renewable energy capacity. One hundred gigawatts of this total have been completed ahead of schedule.

Although India may generate 100 GW of renewable energy this year, this number needs to be kept in perspective.

The government mandated that 175 GW be produced by renewables by the end of the year. For its energy needs, India depends mostly on coal.

Coal is an essential fuel source for the Indian economy. An earlier goal of having 43% of India's overall energy mix come from renewable sources by this year has been pushed back to the middle of 2023, according to a recent parliamentary report.

The Central Electricity Authority reports that of India's 404 GW of installed capacity, 28% comes from renewable sources including solar and wind, and 12% comes from hydroelectric power.

India is poised to become one of the world's largest biofuel producers over the next few years, and the International Energy Agency has declared that its renewable electricity sector is expanding faster than any other major economy.

We are always working to persuade Indian businesses to help the country become militarily independent.

The BJP government has advocated for greater military autonomy. It has lifted restrictions on overseas investment in defence and stimulated domestic production by establishing targeted incentive programs the defence contract bidding process has been streamlined for interested businesses.

The BrahMos supersonic missile program is a Russian and Indian collaboration. With BrahMos, India and Russia have formed a partnership to mass-produce missiles.

SIPRI (the Stockholm International Peace Research Institute) reports, however, that India remains one of the world's largest purchasers of foreign armaments.

Since 2004 (under Congress's rule), major armament exports to India have increased steadily, reaching a peak in 2013 before declining in value in the years following (when the BJP took over). In 2021, however, they increased dramatically and reached their second highest level throughout the entire era (based on statistics from SIPRI).

However, the analysis also notes that the war in Ukraine and the desire among Western countries to lessen India's dependence on Russia may spur them to help India develop its home-grown defence sector although it presents unique challenges to India's plans to become more self-reliant in defence.