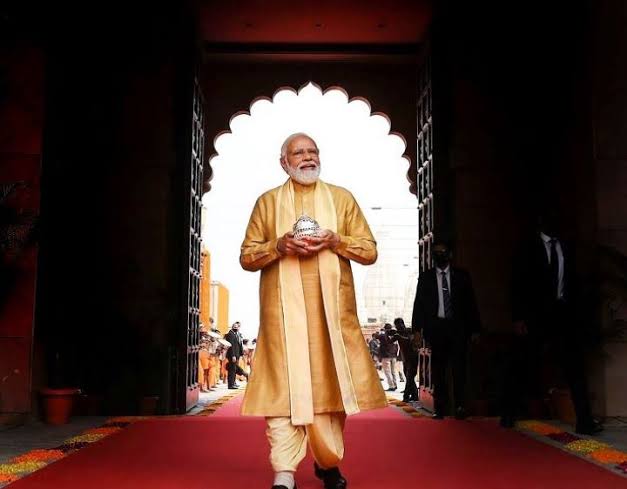 On 7th July 2022, Prime Minister Narendra Modi Visited Varanasi, his Lok Sabha Constituency to inaugurate and lay the foundation of Various development and infrastructure projects. This project is worth over Rs 1,800 crore.

At first, the Prime Minister inaugurated Akshay Patra's Midday Meal Kitchen at LT college. This kitchen has a capacity of cooking meals for around one lakh students.

After that, the prime minister visited the International Cooperation and Convention Center - Rudraksh. Here, the Prime Minister had inaugurated Akhil Bhartiya Shiksha Samagam on implementation of National Education policy.

Thereafter, the prime minister visited Dr Sampurnanad sports stadium, sigra, where he will inaugurate and lay the foundation stone of multiple projects. This project is worth over Rs 1,800 crore, a statement issued by the prime minister's office (PMO).

This will be the first visit of Prime Minister Narendra Modi to Varanasi after his party's victory in the Assembly polls in Uttar Pradesh. It is also noted that recently the Yogi Adityanath government completed its 100 days.

Along with these projects, the prime minister will also inaugurate projects including those related to Varanasi smart city, Hoads, bridges, water supply and sewage, sports, police and fire safety. Development work of Sarnath Buddhist + Circuit under the World Bank-aided UP pro-poor tourism development project.

Significantly, Prime Minister Narandra Modi visited Varanasi for road and infrastructural development in the city, and enhancing ease of living for the common man. In the last 8-years, Modi has put a lot of focus on infrastructure development in Varanasi.

PM Modi said that there is an important responsibility to aid the younger generation, and it is necessary to brainstorm ideas for education and research. Various Social and education sector related projects were inaugurated, including ITI, "Vedic Vigyan Kendra", Government Girls Home, Theme Park in Government Old Age Women Home.

It’s a New Era of Revolution, as 5G introduced in India