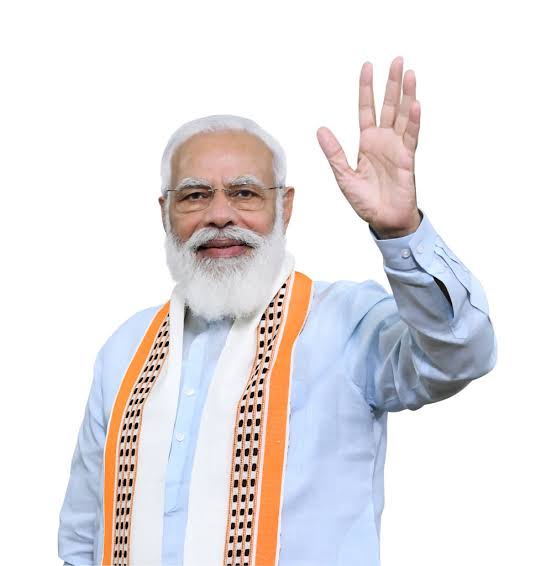 The Shrimad Rajchandra Hospital in Dharampur, Valsad, will be inaugurated by Prime Minister Narendra Modi for 200 crores.

PM Projects worth a total of Rs. 300 crores will be inaugurated by Prime Minister Narendra Modi tomorrow.

PM Modi will use video conferencing to lay the foundation stone for the projects in Gujarat. (File)

Thursday, Prime Minister Narendra Modi will use videoconferencing to launch and lay the foundation stone for different Shrimad Rajchandra Mission projects worth more than 300 crores in Gujarat.

PM Modi will open Shrimad Rajchandra Hospital at Dharampur, Valsad, according to a statement from the Prime Minister's Office (PMO). There will be a total expenditure of about 200 crores for the complete project. This 250-bed multispecialty hospital boasts cutting-edge medical infrastructure and will deliver world-class tertiary medical facilities, particularly for the residents of southern Gujarat, according to the facility's announcement

The foundation stone for the Shrimad Rajchandra Animal Hospital will also be laid by the prime minister. For about Rs. 70 crores, the 150-bed facility will be constructed, complete with world-class amenities and a dedicated team of veterinarians and support workers. According to the PMO, it would give animals both traditional and holistic medical care

Shrimad Rajchandra Center of Excellence for Women will be inaugurated at this ceremony. Recreational facilities, classrooms for self-development workshops, and rest places will be included in the project's cost of about $40 million. The PMO says it will employ more than 700 tribal women and help thousands of others in the future.

HE Tourism circuits for Maa Bhagwati, Shiva, Vishnu, Nav-grah, Golju Maharaj, Nagdevta, Hanuman and Vivekanand are being developed by the Uttarakhand government. On to the 'Modi Circuit,' the next step.

Uttarakhand's state tourism department is working on a path that would cover the areas visited and the activities undertaken by Prime Minister Narendra Modi during a special edition of the survival reality show "Man versus Wild," starring Bear Grylls, shot inside the Jim Corbett National Park.

Senior officials have begun identifying tourist attractions and making preparations for them to stay.

He caught up with Modi at a rendezvous location and went on a variety of adventures, including making a spear from a stick in an area known for tigers with the use of the knife and rope in the August 2019 episode. Walking down the Kosi River, they crossed it on a handmade boat during heavy rain. The Prime Minister had also taken a sip of neem-leaf tea.

The Prime Minister had expressed his delight at the experience and predicted that the place he had just visited will soon become a popular tourist destination.

According to Uttarakhand Tourism Minister Satpal Maharaj, the inspiration for creating the "Modi Circuit" came to him while in Croatia, where he learned about the Game of Thrones tour, which takes visitors to areas where the hit HBO series was filmed.