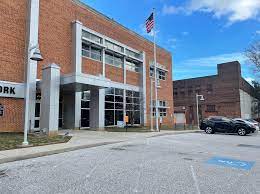 Tulsa, Oklahoma, was the latest school district to join in the book ban efforts that gained momentum throughout the country this past year. On Thursday, officials at Tulsa Public Schools voted to remove two books deemed as “sexually graphic” from school libraries.

According to the National Coalition Against Censorship (NCAC), books are being challenged and banned at levels not seen in decades. The recent Tulsa announcement was the latest evidence of a renewed conservative interest in censoring information taught to young students.

“It’s a really sad day when woke Facebook has higher standards than (Superintendent) Debra Gist at Tulsa Public Schools,” Walters said in a video he later posted on Twitter. This year, the state introduced bills to expand the list of books prohibited in schools, but those measures didn’t pass.

Other measures have been passed in Oklahoma to keep certain concepts out of the classroom. On Thursday, the state Board of Education voted to give the Tulsa and Mustang public school districts accreditation with a warning for violating a state law that prohibits certain subjects regarding race and racism.

One of the leading conservative arguments for restricting race-centered lessons lies in critical race theory (CRT) critiques. The core idea of CRT is that racism is embedded in legal systems and society as a whole rather than just in individual prejudices.

Legislatures against teaching CRT in the classroom, like Oklahoma’s board, charge that the theory is negative and divisive because it paints white people as inherently racist. In contrast, those who support the idea believe recognizing the social structures perpetuating racism will help cultivate equity and understanding.

The issue facing many states’ boards of education lies in the dispute of what is justifiable material to relay to impressionable youth. Educators will always have opinions and personal biases, but they are expected to stick to the facts when instructing students.

When there is no clear definition of the truth, it becomes difficult to establish a steady curriculum while still promoting free speech. As a result, America is now more than ever looking for the answer to how education should be regulated.