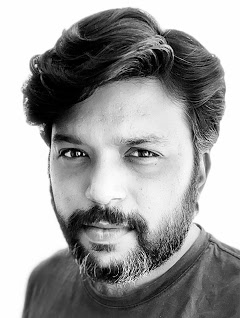 Danish Siddiqui has been assassinated in Afghanistan, confirmed Farid Mamundzay, the Afghanistan ambassador in Delhi.

Mumbai: On Friday, the Indian journalist assigned by Reuters, was talking to some shopkeepers, when the Taliban militants ambushed the special forces; killing the on-duty journalist in the process. Soon after his demise, Afghanistan Tolo News, citing various sources stated that he was killed near the Spin Boldak District in Southern Kandahar when the “terrorists” ambushed him. Siddiqui was embedded with Afghan special forces for documenting the clashes between Afghanistan and the Taliban post the withdrawal of U.S. troops from the country.

The Taliban -- an Islamic militant organization, had been trying to regain control across regions in Afghanistan after the announcement of 11th September as the deadline for troops withdrawal by U.S. President Joe Biden. Over the years, the Taliban have been accused of several serious human rights violations; recently raising apprehensions regarding a potential civil war in the country.

Farid Mamundzay tweeted, “Deeply disturbed by the sad news of the killing of a friend, Danish Siddiqui in Kandahar last night. The Indian journalist & winner of the Pulitzer Prize was embedded with Afghan security forces” Foreign Secretary, Harsh Vardhan Shringla condemned the killing and extended his condolences to the martyr’s family while addressing the U.N. Security Council on Friday.

Siddiqui was a part of the team which won the Pulitzer for feature photography on the Rohingya refugee crisis during 2018 in Myanmar. He had been working for Reuters for more than a decade, producing many seminal photographs surrounding human suffering and crises. Some of his most revered works include the wars in Afghanistan and Iraq, Hong Kong protests, Easter Sunday blasts in Sri Lanka, and Nepal Earthquakes.

More recently, he received global recognition and adulation for documenting the Delhi riots, the struggle of the migrant workers during the lockdown in 2020, and the large-scale devastation during the second Covid-19 wave in India. His pictures of the mass funerals during the peak of the second wave went viral, earning him praises for his magnum opus.

Siddiqui was the chief photographer for the Reuters in India. "While I enjoy covering news stories - from business to politics to sports - what I enjoy most is capturing the human face of a breaking story," he had reportedly stated earlier.

“I shoot for the common man who wants to see and feel a story from a place where he can’t be present himself.” Siddiqui had written on the Reuters website.

Siddiqui had completed his masters in mass communication from Jamia Milia Islamia and belonged to South Delhi’s Jamia Nagar. He left behind his small family, including his wife and two young children, when he had left for his assignment earlier this week. His last Instagram post featured the Afghan special forces during the clashes in Kandahar on 14th July. The caption read, “From close combat missions to rescue operations. Overstretched Afghan Special Forces are doing everything to push back Taliban.”

Siddiqui was still recovering from an arm injury caused by shrapnel while reporting on the clashes, earlier. Many journalists and media organizations including the Caravan and Reuters have featured some of Siddiqui’s selected photographs on their social media handles to pay their respects to the extraordinary legacy of the journalist.