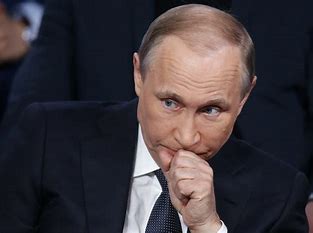 Putin is well-known as the decorated career politician from Russia, where he’s been a part of both the Soviet Union and democratic Russia. He’s been president of the state multiple times and he’s currently the incumbent, rendering him one of the most powerful people in the world. He’s also known for his efforts in leading Russia into unjustly trying to seize Ukraine back into its control. However, today he’s in the news for the recent birth of his latest child with his ex-lover.

The 69-year-old president is set to become a father again with Alina Kabaeva, an Olympic gymnast who competed in the 2004 Olympic Games. According to reports, Kabaeva gave birth to a son in Switzerland in 2015 and twins in Moscow in 2019, all three children being heirs of Putin, according to the sources. This newest Putin will apparently be a girl and she’s expected to be received by her father quite soon.

Putin has denied most, if not all, claims and says that Kabaeva hasn’t had any of his children to date. Putin was quoted as saying “I have enough children as it is and had enough daughters long ago,” in response to the accusations that he was having another child. This is evidence that Putin’s life is secretive and little of it is shared with the public. Most information comes from leaks.

Putin’s other more prolific children (scientist and former dancer Katerina Tikhonova, 35, and academic and businesswoman Maria Vorotsova, 37,) have been assisting their father with the sanctions put on Russia by the west because of the recent conflict with Ukraine. Both children were born of Putin’s ex-wife, Lyudmila.

Putin is famous for being tight-lipped about his personal life and goes to great lengths to keep it under wraps. Putin was once quoted as saying “I have a private life in which I do not permit interference. It must be respected.” So, it would make sense that the arrival of a new daughter by someone to whom Putin is not married would be kept a secret.

Kabaeva is an ex-girlfriend of the Russian president and the two have never been married, rather their relationship was kept a secret for most of its tenure. Because of this intense secrecy, it has been difficult gather much information about the private life of the mysterious Russian leader. All these reports come from the General SVR Telegram channel; an internet account that is said to be updated by Kremlin insiders.