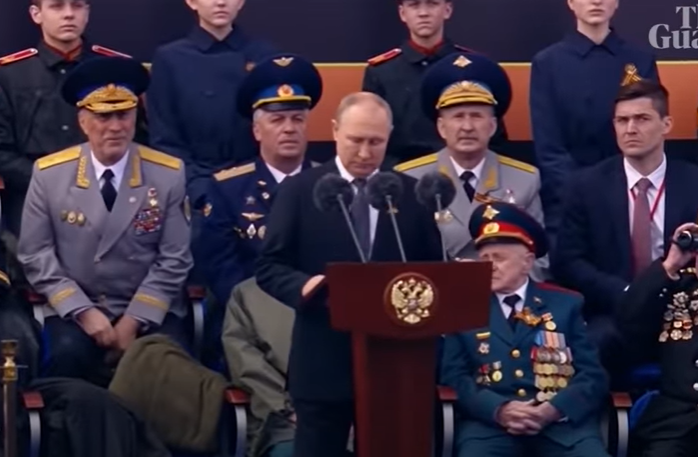 Reports indicate that recently, the Russian president, Putin, celebrated Victory Day, a day held to remember the victory over the Nazis in WWII. In a recent speech by the Russian president, Vladimir Putin, he blamed the west for the worsening situation in Ukraine. Some of the groups that Putin blamed included the US, NATO, and Kyiv for deciding to defend their homeland.

In his speech, Russian President Putin also pointed out how NATO and other countries disregarded his opinions, which forced him to invade Ukraine. He also came across certain developments from both NATO and Ukraine, such as mass military operations, which posed a threat to Russian territories.

Further reports show how the Russians again attacked some buildings over the weekend. In this attack, it was reported that he targeted a school in Luhansk, which was out of the ordinary from where he usually attacks, with the linkage of the school children with Putin’s aim still uncertain. The casualties reported are 60 civilians killed. Nonetheless, more reports have highlighted that the school was being used as a shelter for the victims on the eastern side of Ukraine. In his speech, he stated that he hopes that “no one forgets the lessons of World War II.”

Similarly, other reports indicate how the victory day was also celebrated in Ukraine, where the Ukrainian president, Zelensky, accused the Russian president, Putin, of repeating Nazi history. According to a recent report, among the victims were 66-year-old Ludmilla Criminals and her husband, who were injured during the shelling of their farmhouse in the village of Drobish Chev. She stated that her husband’s “both legs and an arm were shattered.” She is among the millions whose stories are untold but have had their lives torn by this war.

Reports indicate that during a speech in London, the British defense secretary called on Putin to use the annual commemoration for his benefit. He even accused the Russian President of fascism, as he continuously dishonors those soldiers fighting to defend their land.