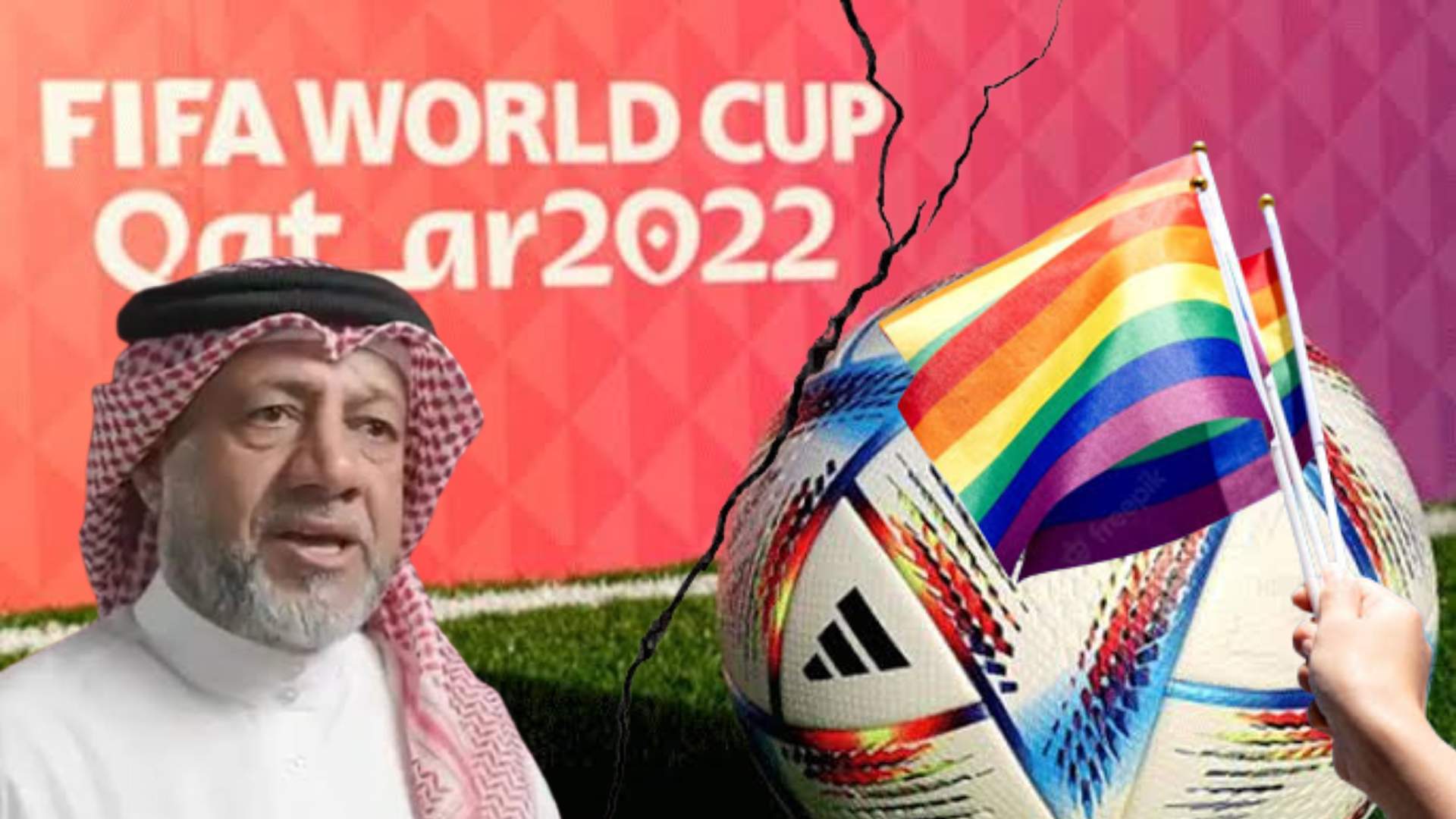 In 2010, FIFA announced Qatar to host the FIFA World Cup in 2022. The world cup that starts on November 20th, 2022, has made the queer and LGBT+ community question safety. As fans, they fear that they might be subject to hostility.

Why do they fear hostility?

The Gulf city came under the limelight when queer, and LGBT+ community questioned the conservative treatment towards them in Qatar. The concerns were valid when Khalid Salman gave his remarks on the approaching world cup and homosexuality.

Qatar is an Arab country and follows the principles of Islam. On November 8th, 2022, Khalid Salman, the ambassador of the Qatar World Cup, told the German television broadcaster that homosexuality "is forbidden in Islam." With such a remark, the queer and LGBT+ community feared that they wouldn't be welcomed and felt uneasy for their lives and security because homosexuality is strictly forbidden in Arab countries such as Qatar.

In the same interview, Salman also said that homosexuality "was a damage in the brain." Upon hearing such statements, LGBT+ fans are unsure if they should attend the world cup or boycott due to the stringent rules of Qatar regarding homosexuality.

The remarks by Salman were not ignored when he also stated that he has a problem with children exposed to gay people and the concept of it. The comments were condemned by the interior minister of Germany, suggesting that the remarks were terrible, but we are also working on bettering and improving Qatar, said Nancy Faeser.

What are the LGBT+ activists doing about it?

A protest was held in front of the FIFA World Football Museum in Zurich, Switzerland. The placards were also displayed. Saskia Nino de Rivera also showed her hesitance when she learned about the same-sex rules in Qatar. She stated that it would have been a fantastic professional event for her partner, but she and her partner wanted to skip the tournament due to the restrictions.

The protest that All Out organized shared their desire to decriminalize same-sex relationships in Qatar. They demanded that FIFA protect gay players, LGBT+ fans, and the local LGBT+ and take concrete steps.

FIFA spokesperson responded that any discrimination, whether sexual or racial, won't be supported and is prohibited.

The spokesperson also added that FIFA is confident in taking all the necessary measures that will make the LGBT+ fans welcomed and a safe environment for them to enjoy the tournament.

But not only was Salman Khalid criticized for his remarks, but British Foreign Secretary James Cleverly received backlash for telling gay fans to be "respectful" in the conservative Gulf Arab country, Qatar.

Cleverly explained why he asked to be "respectful" because the cultural norms are very different from ours, and it would be good to compromise and understand the Islamic rules.

Lucy Powell, Secretary of Shadow Culture, said in a tweet, "shockingly tone deaf" and slammed Cleverly for his comments.

While people are divided on whether to support the concerns of LGBT+ fans, the FIFA Worldcup tournament is set to begin on November 20th, 2022.