In a final attempt to celebrate the end of term, thousands of students at the University of Essex turned to the club Sub Zero in search of fun. Sadly, not all of them had it.

On 11th June, Layomi Coker, a 21-year-old girl from Nigeria and a final year BA Drama, was one of them. She wanted to party, have fun and dance with her friend, but her night took a big turn.

Her night didn't turn out the way she wanted, as the security guards racially profiled her right after entering the club.

Based on this vague description, the security guards then made their way to the female bathroom and quickly assumed that Layomi was that girl. She was told she needed to leave, and even after explaining the whole situation, the security remained their initial stand.

Layomi asked them to check the CCTV to confirm her part of the story, but she was accused of being aggressive by the security guards, who denied her request multiple times. Finally, after more than an hour, her appeal was heard when she insisted on speaking with a superior. In the end, they confirmed that it wasn't Layomi who entered without a ticket.

After being racially profiled on one of the busiest nights of the club this last year, Layomi's night was ruined. On the other hand, she didn't want them to win, so she stayed until the end of the night.

The next day, Layomi and some of her friends went on social media to expose this incident. This quickly became the most spoken subject among university students. People began sending messages and emails to Sub Zero asking for an investigation.

This created a chain, and multiple people started to come out with their discrimination experiences within the club and even in other parts of the University, such as the SU bar. They claim to be treated differently because of their skin colour, race or ethnicity by staff.

This wave of awareness forced the University Student Union to make a public statement on their Instagram. The post reads: "We are taking these concerns extremely seriously and have already begun the process of investigating them". Still, the online retaliation was so bad that they switched off the comment section just a couple of hours later. 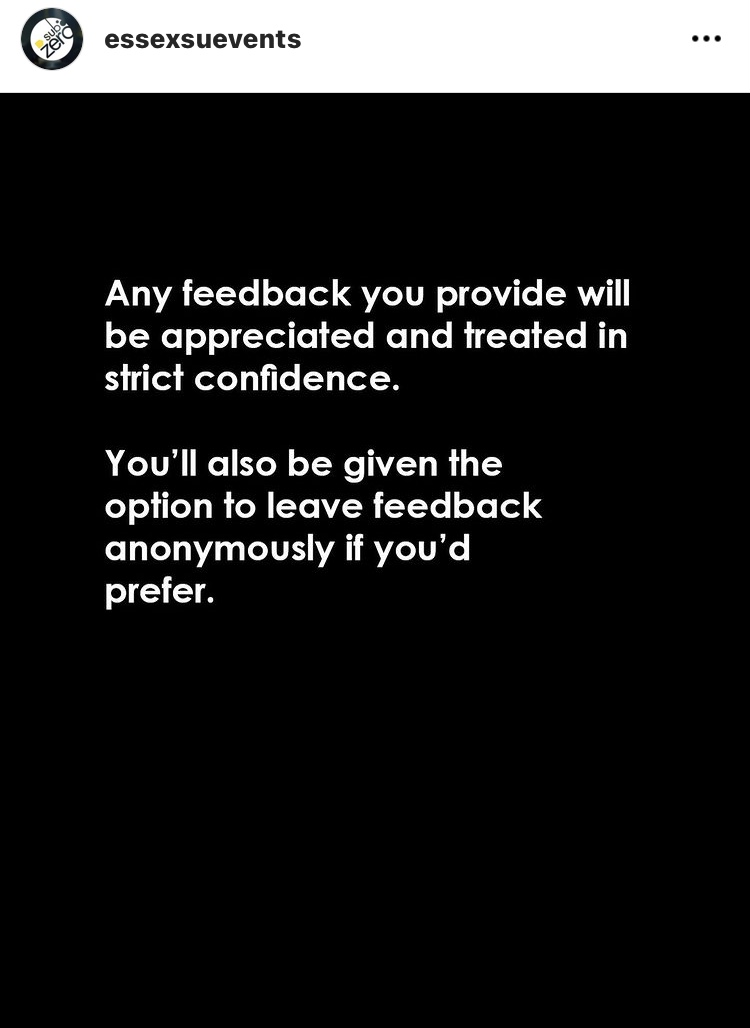 The problem isn't taking a stand, but following through with it. For example, the University of Essex took a strong placement regarding the murder of George Floyd, but seemed to have forgotten everything in less than two years.

The racism subject doesn't seem to be the only one the University staff tends to cross. This event began a chain where multiple students have come out to expose occasions where they were mistreated and misunderstood by their managers.

Most of these individuals are (or were at some point) employed at Sub Zero and accuse the Student Union of not taking any action regarding the manipulative behaviour of superiors. At the same time, they were more than aware of them. For example, a student, ex SU staff, posted the following: "the current managers there bully student staff, bully younger management and only protect each other". An Instagram account was created, @essex_su_truth to expose everything terrible that happens behind the curtains of the Student Union. Managers' names are being publicly exposed, and the account's follower count is quickly increasing.

Since people were threatened to be fired if they spoke up against the managers, the staff became so uncomfortable with certain attitudes from superiors that they had panic attacks. The SU president, Samira-Caterina, has posted multiple stories on the Instagram of Sub Zero, @essexsuevents, where she apologised on behalf of the SU for turning off the comment section. This decision was because "there were some serious allegations there", but it wasn't in any way, shape or form an attempt to silence the students.

The names of students complaining against the Student Union's behaviour will remain anonymous to protect their identity.

Stay tuned for more details as this is a developing story. If you have any information, please contact [email protected].