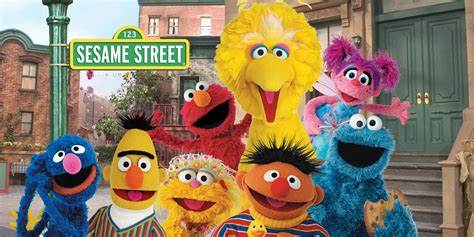 During a recent Sesame Street parade in Philadelphia, Pennsylvania one of the performers in the parade refused to touch or interact with a pair of African-American children. So their mother posted the video on social media and called Sesame Street out for being racist. However, Sesame Street claims there were a few reasons that the performer waved the girls off.

Sesame Street is an established children’s program that has been educating young children on numerous topics for decades now. Some of their topics have been basic like hygiene and kindness, but sometimes the show gets serious and delves into more trying issues for contemporary America. For instance, Elmo (a fan favorite on the show) appeared on TV to receive his first shot of the Covid-19 Vaccine. On occasion, the show has done its best to teach kids the danger of racism, but that lesson was forgotten on this parade according to some.

During a parade in Philadelphia, a pair of African-American sisters were waiting to receive a high-five, hug, or any form of attention from their favorite character on the show: Rosita. However, the performer within Rosita didn’t care to do any of those and instead waved them off, rejecting their cries for affection, then proceeded to give their attention to a white girl right after the sisters. The sisters’ mother took to the internet to call the performer out for their accused racism.

Sesame Street made a public reply that said that the performer was actually waving off the girls because they can’t hold children up and/or take pictures with them. Also, the company says that the performer can’t really see that well within the costume and possibly couldn’t have seen the sisters. The video posted by the mother proves both of these claims to be false because in it you can see the performer turning down a picture, but that was meant for another family. Then the performer looks directly at the sisters and waves them off when they reach out for a high-five, but does hug and give attention to a white girl right after the pair.

The corporation does say that they are willing to remedy the situation by not identifying the employee or punishing them, rather they gave the family more tickets to see the show again. The mother has not commented on what her next move is, but it does not seem likely that she will accept the firm's offering.