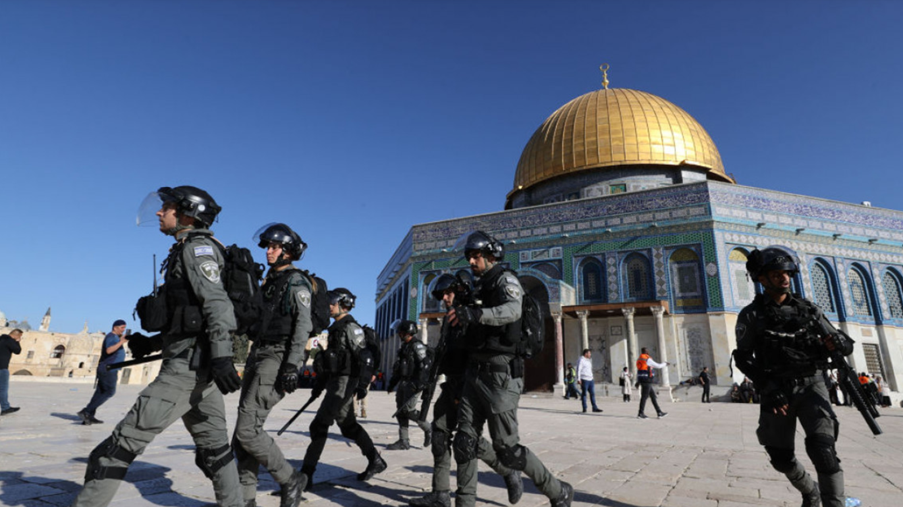 It is reported that this inhumane attack had resulted from a shooting in a pub where supposedly several people were killed or injured. Ever since this morning, the Israeli forces have been said to have forcefully stormed the holy site of ‘Al Aqsa Mosque Compound’ during the first prayer when the fast had just started for the Palestinians. While the anger of the Israeli forces can be said to be justifiable, it doesn’t justify the fact that they forcefully invaded the Al Aqsa Mosque, killing Palestinians just to teach them a lesson.

It is reported that the forces moved in to break the protesters who were ‘allegedly’ throwing stones at a holy Jewish site. There have been reports that the Israeli forces have deliberately used tear gas and stun grenades on those civilians who had nothing but stones to protect themselves. This inhumane attack on the occupied Palestine west bank, in the Al Aqsa Mosque, has completely caused both sides to suffer the consequences. There are reports that 150 Palestinians have been injured, 59 dead, and more than 100 are taken hostage, and even heavy injuries on the Israeli side, for what?

As the Israeli forces invaded the Al-Aqsa Mosque, the poor citizens who in the middle of the morning prayer had little time to prepare defenses, so they ended up at the hands of the Israeli forces. There are even reports showing that the Israeli forces are detaining the Palestinians on the ground, even when they were unarmed, and only wanted to know the reason behind this attack.

‘Palestine continues to stand amid all the injustice’:

Despite all the disruption caused, thousands of Palestinians still gathered at the Al-Aqsa Mosque in the solitude of those detained to provide hope. A female journalist Alaa Al-Sous was repeatedly attacked by the Israeli forces while covering the attacks on Al Aqsa Mosque, in occupied east Palestine. Other females are said to have rushed to help her out of the scene, but this did not stop her from capturing the gruesome footage on her phone.

During the attacks, the medic arrived to take the wounded and the injured. The Israeli forces did not even take into consideration the age or the gender, as they continued their horrendous crimes. These attacks continued for hours and are still going on.

‘Halt to the ceasefire, Halt to injustice’:

Jon Ossoff tweeted ‘Join Statement Urging Ceasefire in Middle East’, along with other world leaders who are urging the Israeli forces and the Hamas to stop the attacks. This was the result of President Joe Biden who stayed silent and dismissed the UN Security Council from requesting a ceasefire.

In numerous speeches done in the past by President Biden, he has always voiced his support for Israel stating that self-defense is the right of every country. This caused numerous democrats to criticize his speech of Biden for ignoring the human rights when it comes to the Palestinians in occupied Palestine.

Rep. Rashida Tlaib (Michigan) voiced her concern at a recent conference saying, ‘how many more Palestinians have to die for their lives to matter?’ Rep. Ilhan Omer also indicated that if the world can easily defend the Israeli’s, why are they ignoring the Palestinians, they are humans.

Reports are constantly coming in it stated that Israel’s military unleashed a deadly wave of missiles, the deadly ever to be seen. As the attacks continue, so does the death toll.