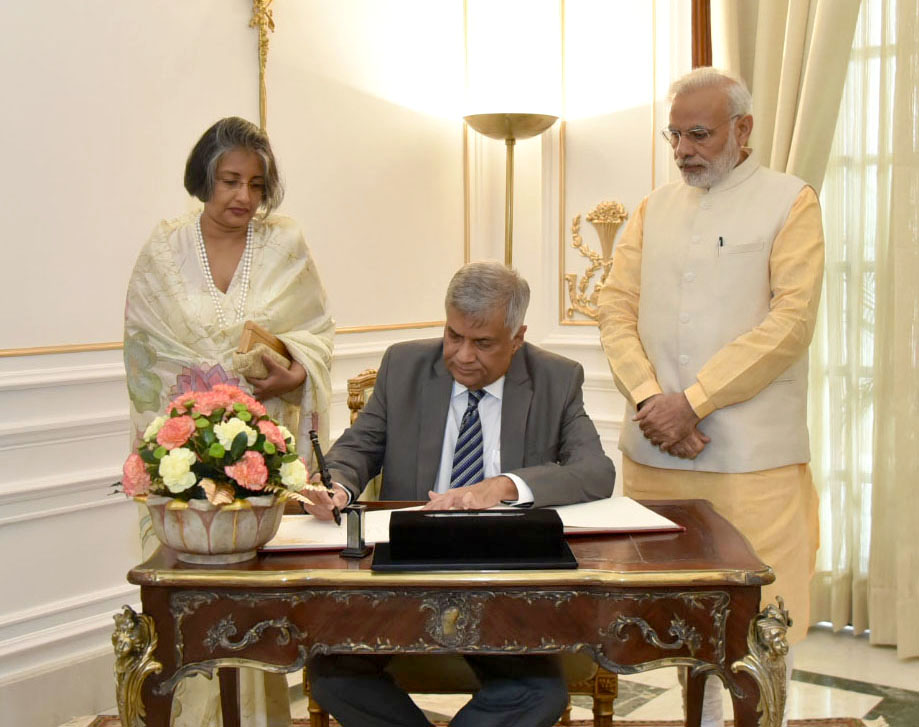 Ranil Wickremesinghe has been appointed as temporary leader of the ruling party in Sri Lanka after former President Gotabaya Rajapaksa resigned and fled to Singapore. On 20 July 2022, parliament will elect an MP to succeed Rajapaksa for the rest of his term.

The fall of President Gotabaya Rajapaksa

Thousands of protestors took over the presidential palace and offices demanding an end to the Gotabaya family dynasty. This prompted former President Gotabaya Rajapaksa to flee to Singapore on a “private visit” but he has not requested or been approved for asylum.

The Rajapaksa family’s profligacy and corrupt governance are said to have led to the mishandling of the country’s finances. On April 12 2022, the Sri Lankan government announced they were unable to pay back their foreign debt of £39 billion.

The World Bank has agreed to lend Sri Lanka $600m, while India has offered at least $1.9bn to help pay for imports of fuel, medicine and food. According to experts, the economic crisis may cause more deaths in Sri Lanka than the 16,500 deaths in the COVID-19 pandemic.

The announcement that Prime Minister Ranil Wickremesinghe was appointed interim president was greeted with anger by protestors. After serving as prime minister six times, he has been accused of protecting the Rajapaksa family dynasty and defending them over corruption charges.

On Wednesday, protestors stormed Wickremesinghe’s office and burnt down his private residence. What began as a two-day protest on April 9, has now developed into a protest movement spanning 100 days.

Ranil Wickremesinghe has referred to the protestors as “extremists” and has ordered law enforcement officials to strengthen security outside parliament ahead of the vote.

In his first televised appearance since being appointed as interim president, he states: “We must end this fascist threat to democracy. We can't allow the destruction of state property. The President's Office, the President's Secretariat and the Prime Minister's official residence must be returned to proper custody”.