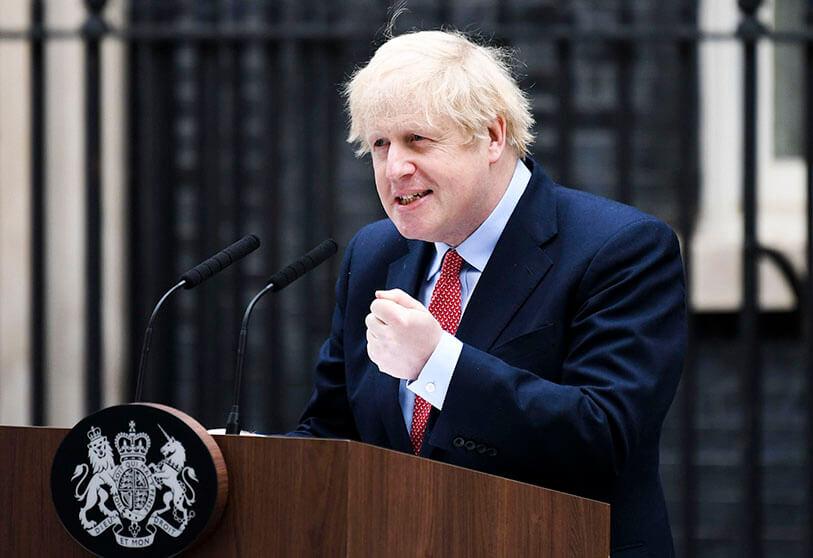 After three years in cabinet, Boris Johnson resigned as the UK’s Prime Minister after a string of resignations from members of his party. Over forty resignation letters were delivered in twenty-four hours, leaving Johnson with a new record. The calls for Johnson’s resignation are consequential of the latest ten Downing Street scandal: last week, deputy chief whip, Chris Pincher resigned from his position after fresh accusations of sexual misconduct in a private members’ club. Earlier this week, Downing Street denied any knowledge of Pincher’s allegations before appointing him in the role which oversaw the standards of the Conservative MPs but just yesterday, new information surfaced, claiming that Johnson had been made aware of the complaints before Pincher’s promotion.

Johnson’s time as Prime Minister was a notable one and was subject to historical events: the Brexit deal, the COVID-19 outbreak, and its aftermath. Whilst Johnson faced many obstacles in his position, he was also subject to a massive amount of controversy. As his time at Downing Street draws to a close, we at socialtalks reflect on the events that led ultimately led to his resignation.

In 2020, COVID-19 quickly became one of the biggest global devastations in recent history. It was a difficult time for every world leader, who had to adapt to ever-changing information and instruct masses of fearful citizens. From the beginning, Johnson was subject to criticism for his delay in lockdown instructions, which led to a high initial death toll which could’ve been potentially avoided had he and the government responded quicker. Following this, the UK were subject to three national lockdowns and regions were placed into tiers, distinguishable by the severity of the COVID outbreak. Dominic Cummings, chief adviser to Johnson was one of the driving forces behind the COVID regulations which stated that households were not to mix with others, travel long-distance or congregate indoors. It was then revealed in May of the same year that Cummings had travelled two hundred and sixty miles from London to Durham for his family. The news caused outrage among the public, who had been isolating in the same household since February and for some, had been separated from their loved ones who were older and at higher risk. Cummings faced calls for resignation to which he refused and argued that he had acted ‘reasonably’ and lawful. At this point, Johnson continued to support his advisor, going against the opinions of other members of the Conservative party.

“I’ve concluded that in travelling to find the right kind of childcare when he and his wife were about to be incapacitated by coronavirus,” Johnson began during his press briefing in May, “I think he followed the instincts of every father and every parent”.

In November, Cummings left Downing Street after internal disagreements regarding his role as Johnson’s advisor.

In May 2022, a total of twenty-eight people were fined over attending government parties from May 2020 to mid-2021. Multiple gatherings occurred during periods of national lockdown: garden gatherings, leaving drinks and Christmas quizzes all occurred in Downing Street. The Metropolitan Police led an investigation into the parties, which numerous Conservative party members, including the Prime Minister, vehemently denied. The investigation spanned four months and cost £460,000. After a BBC report showed that around a hundred people received an email to attend a ‘socially distanced’ party, the Conservative party were forced to take responsibility for the illegal events and the months of dishonesty to the public. Johnson apologised to the public after being made to pay a fine for attending the gatherings. The Conservative party went under fire and the humiliation caused a growing number of no-confidence letters to be submitted by members of parliament.

Johnson was then subject to a vote of confidence with members of parliament. Miraculously, Johnson managed to gain support from his peers, with two hundred and eleven supporting the Prime Minister, and one hundred and forty-eight voting against him. Johnson was supported by 59% of his MPs, gaining less than Theresa May’s vote of confidence in 2018.

Just two months later, after information emerged from the latest scandal involving Chris Pincher, a wave of MP resignations washed into Downing Street from MPs who had completely lost confidence in the Prime Minister. Among the MPs submitting resignation letters were, Education Secretary, Michelle Donelan, who claimed that Johnson had “put us in an impossible situation,” Northern Ireland Secretary, Brandon Lewis, Chancellor Rishi Sunak, and Health Secretary Sajid Javid.

On Wednesday, during the dramatics surrounding the resignations, Johnson fired Levelling Up Secretary Michael Gove, after Gove urged the Prime Minister to step down. Johnson spoke about the situation, calling Gove a “snake who gleefully briefs the press that he has called for the leader to go”. During all the resignations, Johnson maintained that he had a “colossal mandate to keep going”.

This Thursday, Johnson resigned as Prime Minister. He gave his statement at Downing Street at 12:30 pm.

"I know that there will be many people who are relieved and perhaps quite a few who will also be disappointed,” Johnson said briefly, “and I want you to know how sad I am to be giving up the best job in the world.”

Johnson added that he would stay in office until the next Prime Minister was chosen, however, people are already advising against such plans. Former Conservative Prime Minister Sir John Major said that it would be “unwise” for Johnson to follow through with his plan to stay in office.

With Johnson stepping down, an election for a new party leader will soon commence.