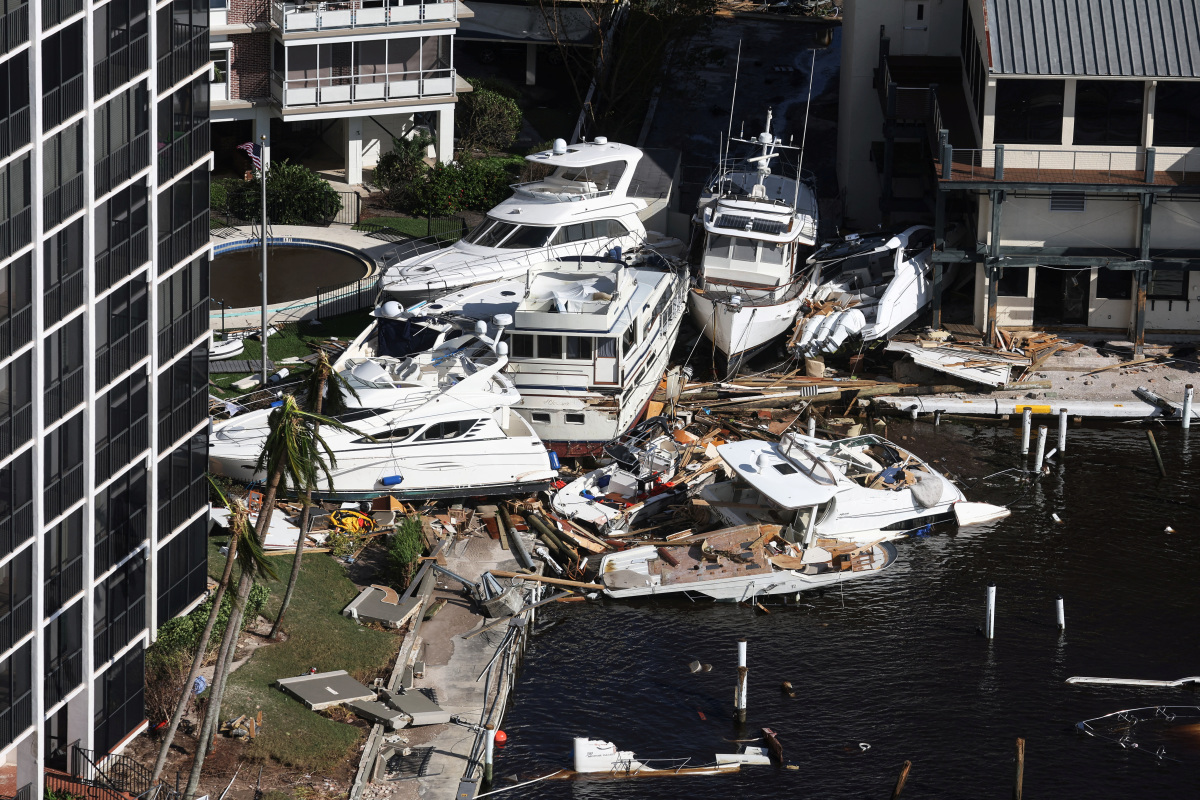 Dozens are dead, thousands more displaced, and over a million had their power knocked out in the wake of Hurricane Ian making landfall in Florida as a Category 4 hurricane.

Although its strength has downgraded to that of a post-tropical cyclone, Ian’s destructive path has left many residents in the southeastern region of the United States to pick up the pieces. The total number of dead ranges from 51 according to the Sun Sentinel to 77 according to the Boston Herald, the majority being in Florida, four reported in North Carolina, and three in Cuba.

The storm pummeled western Cuba, knocking out its power grid, but the devastation was most impactful in Florida, where the storm breached at its highest power. Cities such as Fort Meyers faced the brunt of the storm, with resident Joe Conforti stating when speaking to Sun Sentinel, “The water just kept pounding the house and we watched, boats, houses — we watched everything just go flying by.”

According to PowerOutage.us, over 800 thousand people are still without power, with the estimate for power returning being over a week. To compare, 150 thousand still remain without power in Puerto Rico two weeks after Hurricane Fiona hit the island.

Rescue efforts have been underway by the Coast Guard and Florida National Guard. These are largely by helicopter and boat as many bridges have been knocked out by the storm and roadways remain flooded. State officials have said that more than 1,110 people have been rescued thanks to law enforcement, but more than 10,000 remain unaccounted for.

In an announcement by the White House on Saturday, President Biden and Dr. Jill Biden have made plans to travel to Florida on Wednesday, with the president pledging federal support for the state. When speaking at a news conference the same day, he compared Hurricane Ian to others, stating that it is “likely to rank among the worst in the nation’s history.”

FEMA recommends people not to self-deploy to aid in the rescue efforts and instead opt for financial donations toward disaster relief groups instead.

If you would like to help with the relief efforts by volunteering, organizations such as the National Voluntary Organizations Active in Disaster have opportunities on their website. They also are always accepting cash donations to fund their relief efforts.