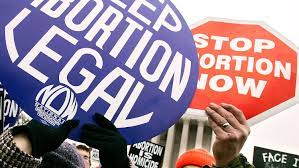 On the morning of June 24, 2022, the country-dividing abortion case in America finally came to a close with a final decision from the Supreme Court.

After a tumultuous decision process, including an information leak in May on the progress of the court’s decision, the Supreme Court has chosen to overturn Roe v. Wade. This decision will give the power to allow abortion back to state legislatures to decide for themselves for the first time in nearly 50 years. Following this decision, abortion rights will be removed in over half the country, with more restrictions set to follow in the aftermath.

The original Roe v. Wade case was held in the late 20th century, with the decision to enact the federal right to abortion issued on January 22, 1973. According to History.com, this decision involved preventing a Texas ordinance which banned abortion, and effectually legalized the medical procedure across the country. Now, almost a half century later, that decision is being changed once again.

Starting in the 1800s and continuing to change across the 19th and 20th centuries, the national opinion around abortion has progressed from total disapproval to support and acceptance for many people. Early bans regarding abortion were related to harmful drugs that women were being given regardless of the side effects, as well as different forms of contraceptives being distributed around the country to both married and unmarried adults. Many of these bans were lifted over the decades as a matter of relational privacy among couples and the strengthening women’s rights movement in the 1960s. Many women and citizens alike will view this court decision as a step back from bodily autonomy and independence, regardless of moral standing or views.

This decision is one that has divided the country into two sides and turned millions of people against each other, once in the past and again today. Those who support Roe v. Wade argue that abortion is a woman’s decision alone, and no one should be able to take that decision away from her. The opposing side, which does not support Roe v. Wade, battles this opinion with the logic that this medical practice involves killing innocent children without any consequences. No matter what decision the Supreme Court came to make, one half of the country was destined to be left confused and enraged at the results.

Choosing to overturn Roe v. Wade was a brave decision made by the Supreme Court this morning, and will surely be discussed and argued over for weeks and months to come. Caught between two raging halves of the country, the Supreme Court will face persecution from one side of the argument, and praise from the other. Only time will tell if this decision was the right one to make for the future of this country and the freedom of its citizens.