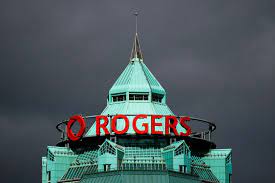 It has been two days since the epic nationwide Rogers outage in Canada, leading to millions of people being deprived of telecommunication, internet, and bank services. Many questions are being raised about the company's communication on the outage.

On July 8, 2022, around 5 A.M EST, Canada experienced a nationwide outage of Rogers telecommunication and internet services. Many people were unaware of the issue due to it starting early in the morning. However, when people tried to contact their relatives and loved ones, they were left in confusion after reading the "no service" message on their phones. People with an internet plan with the same company were forced to rush to local coffee shops and malls to gain internet connection so that they may work at their jobs. These may seem like superficial problems. However, Rogers is a corporation that primarily owns most other internet and telecommunication services such as Fido and Telus. The company has a contract with VISA that allows them to power the transaction machines throughout the country. Due to the shortage, every bank, ATM machine, and store debit machine was completely offline. People could not process transactions for essential items or even take cash out of their accounts due to the machines being down. A report issued by CTV News shows that RCMP, a police force, conveyed a public message to contact the Police and emergency services via landline as all services at the call/response are down. This portrays the danger and severity of not having telecommunication outside the corporation that owns nearly every other telecom service.

After 15 hours of a complete black-out, Rogers was finally able to restore most of the communication services. Yet, the company has not given many details behind why the outage happened in the first place. Yesterday, Rogers CEO Tony Stafferi apologized for the inconvenience and announced compensation in the form of credit for its existing customers. The CEO wrote a statement talking about the cause of the outage,

"We now believe we've narrowed the cause to a network system failure following a maintenance update in our core network, which caused some of our routers to malfunction early Friday morning."

Although the CEO confirms that the outage was due to a 'maintenance malfunction,' it is very disappointing that the company could not handle updates while maintaining proper services for its client. Furthermore, being the first 5G network to emerge in Canada, Rogers has lost its trust among its customers due to their slow updates and high service prices. As a result, many people have begun transitioning toward other networks due to the blackout on Friday.

The blackout has opened discussion among technology and communication experts on whether the company should not have bought excessive services if it's not able to maintain the quality of these crucial services. Many people have also realized that it is unwise to have a simultaneous internet provider and phone service provider within a household, as it becomes difficult to communicate in case of an emergency. Today, on the third day of the narrowed-down blackout, The ministry of Industries, situated in Ottawa, has called an emergency meeting among government officials and Rogers executives. In a written statement, Alexander Wellstead, spokesperson for the minister of innovation and industries, has said that Rogers CEO and other telecom executives have been summoned to discuss the importance and the future of reliability towards Canadians and online services. This outage has deeply affected the country's economic and IT structure, suggesting several changes to the current policies.