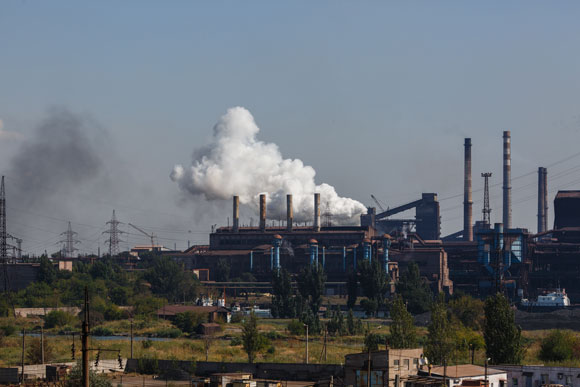 A handful of Ukrainian soldiers in the port city of Mariupol have claimed that they were exposed to a toxic agent, which left them reeling with symptoms associated with chemical poisoning. Three members of the Azov Battalion, a unit of Ukraine’s National Guard, have told western media sources that they were exposed to a “poisonous substance” after a Russian drone allegedly dropped an unidentified munition over their positions. The BBC reports that one of the soldiers witnessed a “sweet-tasting white smoke” in the immediate moments following the detonation of the munition. The attention of the international community has now turned towards verifying the claims with hard evidence, a difficult prospect frustrated by the fact that Mariupol is nearly under total Russian control. The Pentagon has called the allegations “deeply troubling”, whereas Westminster has announced that it is “urgently” in the process of verifying the accusations. Ukraine's Deputy Defense Minister is quoted by the BBC as having said that early indications point to the use of phosphorus.

Earlier this week, the separatist government of the Donetsk People's Republic encouraged the Russian military to carry out chemical attacks against Mariupol. The spokesperson of the DPR is quoted in the same BBC article as having said that the last holdout positions in Mariupol should be taken after the Russian military “smokes out the moles”. Given Russia's military and its allies' predilection for employing illegal weapons like chemical weapons in Syria, his rhetoric is alarming. Recent reporting from the Guardian has cast several doubts over the accuracy of the story. Chemical weapons expert Dan Kaszeta took to Twitter yesterday to offer his take on the allegations. He does not believe that the attack resulted from a “nerve agent.”

He says, “let’s look at the place. It’s a steelworks. There’s a lot of scope in an industrial setting for conventional or incendiary to cause chemical problems because of fires or explosions. Also, look at the broader environment. Mariupol is one big toxic burn pit at the moment”. Generally, Kaszeta urges caution with these sorts of claims. “A lot of you are running around saying that you hear zebras, whereas they could be horses, which are more common”.

If these allegations are true, this will be the first time that chemical weapons have been used in the Ukrainian conflict. For the sake of Ukraine citizens and the wider environment, we should only hope that Kasezta’s urge to skepticism proves accurate. Otherwise, the war in Ukraine has turned the corner and entered into a darker and far more dangerous chapter.