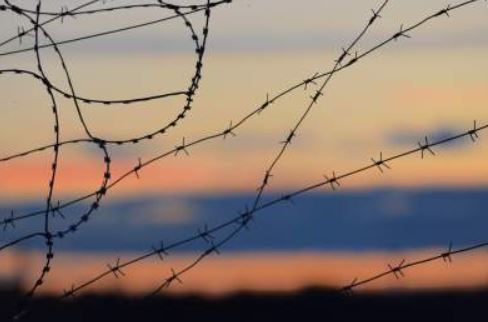 On 21st February 2022, the worse fear of the people living in Ukraine and around the world came true. Vladimir Putin announces a “military operation” or in other words a war in Ukraine. Ever since then, more than 600 Ukrainian citizens have died. As soon as Putin announced the war, people in Ukraine were woken up to bombs falling around them, people took shelter underground in metro stations and basements but this is just a temporary fix for this situation.

In one of my previous articles, I interviewed Ulana Hirniak, a Ukrainian citizen currently living in the United States of America. That article was written before Russia announced war on Ukraine and now I had the honor of interviewing her again after the war started.

A war in 2022 was far from something that anyone expected. With the UN trying to make a peaceful resolution a war seemed like something from the past. That is exactly what Ms. Hirniak thought when she first heard about Putin declaring war on Ukraine. “When I first knew that Russia declared war on Ukraine my initial reaction was that I didn’t believe that this was all true. It’s weird to think that countries even think about going to war with other countries at its 2022, you would think after all the history and wars the world has ever gone through you would think people would not want the negative aspects of history to repeats itself.” We as people have learned from history what not to do and how if even one wrong step is taken it could cause the deaths of many, still we find ourselves in this situation.

Putin did not want Ukraine to become a part of any International Organization because that would mean that Putin would have no control whatsoever over Ukraine. The next steps are very unclear, what will western countries do? How would they calm down Putin? Everything seems to be in the dark right now. When asked about the next steps, Ms. Hirniak said, “Personally knowing the size of Ukraine and Russia, the Ukrainian military needs help from any country or anyone possible to help fight and stand up for Ukraine. I think regardless of any sanctions or anything that is any government chooses to place on Russia will not stop Putin from attacking Ukraine even more.” While many countries have put sanctions on Russia and Putin no country has gone out of its way to help Ukraine with fighting this war. The Ukraine president himself made a statement saying that the world has left Ukraine to defend itself. Going to war with Russia is very tricky for any country in the world and that is why countries are taking action from a distance.

What is going on in Ukraine is unclear, how the people are managing to live is hidden. Ms. Hirniak had been in contact with her family and friend and says, “The most horrifying thing I have heard about the war is honestly just innocent people have this feeling unknown. Everyone is hiding and nobody knows what’s next. People have slept in the underground metro stations and have left the capital to safer cities and are leaving to go west. Personally, the most horrifying thing to me is that I have family friends who have either been drafted or are volunteering to fight front line for their country.” Ukraine has asked the young people of the country to fight in this war and people as young as 18 years old are being drafted to fight this war to protect their country. This means friends of Ms.Hirniak are being drafted into the war right now not knowing if they would come back safely.

A lot of people have been posting videos from Ukraine showing their state and how they are surviving. Some really scary stories are coming to light, sharing one of these stories/experience Ms.Hirniak said, “My aunt, uncle, and cousins have all left to the country side trying to escape the Kyiv. Everyone is safe to some extent because you never know what, where, how, and when. I know that everyone is trying to stay as calm as possible and seek shelter and protect their loved ones but it’s hard because even hearing the word “war” it’s never associated or used in a positive connotation. I also know that a lot of my family members feel like it’s their worst nightmare that something like this could be happening in 2022.” Many people have left the capital and traveled elsewhere to find shelter in the hopes that Russia would not be able to come that far but what is to happen still remains unclear.

Many peace protests are being organized around the world and people are chanting slogans of Ukraine. Ms, Hirniak has been to some of these protests and says, “it honestly warms my heart to see how many people stand and believe in the Ukrainian people and just the whole country. It is mind-blowing how many people are taking the time out of their day to stand in these rallies and protests regardless of their nationality. Being here in the United States in a way it feels wrong to just go on with my daily life while people in my home country are suffering but seeing the whole world come together truly does give me hope that everything will be okay and this will all end soon.”  Right now, many people who cannot go to the protests are posting online and educating people about the war as much as possible.

The faith of millions of Ukrainian citizens is in the hands of the world leaders and all we can do right now is to trust them. Ms.Hirniak wants to also say, “Anyone who is reading this and is in support of Ukraine, thank you! People in Ukraine see you and appreciate your support more than anything right now.” But we as international citizens know that this is not enough, we need to fight as much as we can and educate people. We need to push global leaders to make the right decision and save the lives of millions of people. We need to stand by the victims who have lost their lives to this terrible war and play our part.

Ukraine-Russia Conflict: Interview About The Situation On Ground