Russia on the Taliban power takes over Afghanistan 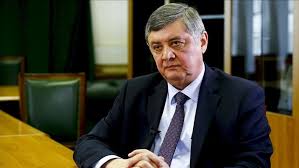 On Saturday, August 14, 2021, the Taliban, headed by Hailbatullah Akhundzada captured the cities in northern Afghanistan and continued to approach the capital of Kabul. On August 15, 2021, the Taliban took over the national capital and seized the Afghan presidential palace after President Ashraf Ghani left the country.

In the last two three days, thousands of embassies, NGOs, and foreign officials have started their journeys out from the safe zone and the secured mansions that have been home for two decades. But Russian embassy is still open in Afghanistan.

According to Russian diplomat Zamir Kabulov, Russia has no plan to evacuate the Kabul embassy as the Taliban military had taken over the country. In an interview with Renters, he said that they are talking in Kabul. All contacts had been made at the moment. The Russian embassy is dealing with this. Kabulov explained that the Taliban troop came and took the embassy under guard. The procedure was handled calmly and without any incident. He significantly added that the Russian embassy would stay in contact with the assigned leaders of the Taliban higher leadership to confirm the safety of their embassy. Many other western embassies in Kabul were rushing to evacuate staff, although Russia had also evacuated more than 100 employees from its embassy.

In conversation with Ekho Moskvy, a Moscow radio station, Kabulov said, "Moscow would closely observe the new power and would make a decision regarding the embassy." Kabulov mentioned that it is nothing that Russia has been establishing contacts with the Taliban movement for the last seven years.

On August 16, 2021, Kabulov confirmed that the Russian ambassadors to Afghanistan Dmilry Zhirnov, are currently in contact with the Taliban leaders. Kabulov said that on Tuesday, August 17, 2021, he will meet the Taliban security coordinator. He will decide whether to recognize the new government based on its conduct.

On the same day, the Russian Ambassador to Afghanistan praised the Taliban’s conduct. They said that the Taliban group had made Kabul safer in 24 hours than it has been under the previous authority.

On Monday Russian embassy said, "Afghan President Ashraf Ghani flew away from the country with a helicopter full of cash." While talking about Ghani, Nikita Ishchenko, a Russian embassy spokesperson in Afghanistan, explained, "The Ghani flew away with the four cars filled with money, which they tried to stuff into a helicopter, but were not able to fit all of it. And they left some of the money lying on the tarmac."

Apart from this, Zamir Kabulov mentioned that the Russian leadership would decide on recognizing the regime of the Taliban movement, depending on how responsibly they will govern the country. On Monday, Kabulov said that Moscow’s long practice to build links with the Taliban appeared to be paying off now.

Although, in recent years, Russia has hosted the Taliban leadership in Moscow several times, most recently last month. One thing that is confirmed is that Russia is not planning to take over Afghanistan again, but it tends to overemphasize its threat to boost its presence in its backyard.