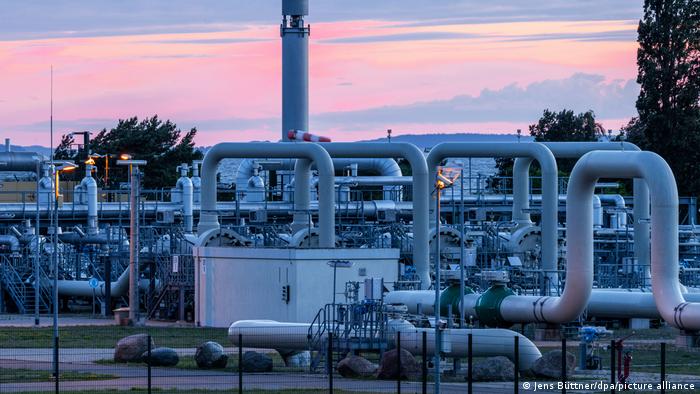 The pipeline North Stream 1, which was closed for ten days due to maintenance on July 11, was opened again by Russia on July 21, as planned.

The North Stream official website confirmed this news by saying that the regular gas flow was resumed by Gazprom.

Throughout the ten days of the maintenance period, countless speculations soared in Europe concerning a possible Russian refusal to open the pipeline again.

The amount of gas is the same as that delivered before the maintenance work. It is a severely reduced flow, as Gazprom decided to deliver only 40% of its full capacity. This was also due to the problem related to the disputed turbine being under maintenance in Canada and supposed to be delivered back on time.

The smooth delivery was impeded by the current EU sanctions against Russia, as the turbine normally operates at the Russian compressor station Portovaya. To allow the delivery, Canada had to issue a special permit.

The turbine, shipped from Canada to Germany, is supposed to be in transit in the country.

As reported by Blomberg, the turbine is stuck in an unknown location as Russia is blamed for not having provided the necessary documentation for the shipment. This information has been disclosed by a person who wished to remain anonymous.

In this regard, the newspaper reports also that a spokesman for Siemens Energy, the manufacturer of the turbine, stated that "Under normal circumstances, the maintenance of turbines is a routine operation for us." Naturally, we want to transport the turbine to its place of operation as quickly as possible. However, the time it takes is not exclusively within our control, "

On this point, Russia did not agree. The Kremlin spokesperson, Dmitry Peskov, said that this declaration was non-sense. He clearly stated that “the accusations are groundless. The sources are wrong.”

Germany, on the other hand, maintains that the turbine was merely an excuse for Russia to reduce the gas flow. The flow was already reduced in June by 40%, citing problems related to the return of necessary equipment for the smooth operation of the pipeline.

On his side, Vladimir Putin, after his recent visit to Teheran, said to the press that Siemens Energy operated five units, one of which is out of order due to internal problems. There are two machines currently working and pumping about 60 million cubic meters per day. If one of these is still under maintenance and not returned, this does not depend on Gazprom.

In the meantime, fears were constantly fueled during the ten days of shut-down about the possibility that Moscow would not open the pipeline again, plunging Germany, one of the EU countries most heavily reliant on Russian gas, into energy chaos.

The alarm was signaled by several analysts. For instance, the energy market analyst working for the Eurasia Group, Henning Gloystein, said that “If Nord Stream 1 doesn’t come back on at all, let's say by early August, we think that the German government will have to raise its gas alert level to the third level, which is the maximum level.”

At the same time, Ukraine, in the words of its president, Volodymyr Zelensky, had previously accused Europe of its overreliance on Russian gas and a possible gas emergency.

According to Zelensky, Russia would be an unreliable partner, intentionally creating a gas deficit and pushing Europe to look for alternative natural gas suppliers.

As for several other old and recent issues concerning the relationship between the east and the west, the colliding narratives often brought forth by each side make it particularly difficult to shed light on the real cause-effect dynamics of current problems.