Russia to Get Control of the Sakhalin 2 Project 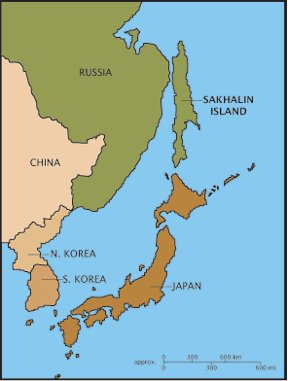 On June 30th, Russian President Vladimir Putin signed a decree to take over the project Sakhalin 2. This could have negative implications for its major stakeholders, Shell and Japan's Mitsui and Mitsubishi.

According to the decree, a new company will assume all the rights and obligations of the Sakhalin Energy Investment.

Moreover, while for the major stakeholder, Gazprom, which owns 50%, there will not be any changes, other stakeholders will have to ask for the Russian government's permission to stay in the project within a month.

While Shell was already contemplating a way out of the project in April this year due to the war in Ukraine, the situation in Japan is more complicated. The country is highly dependent on imported Russian liquid natural gas.

One of the world’s largest integrated, export-oriented oil and gas projects, Sakhalin 2 is also Russia’s first offshore project. The Sakhalin Energy Investment Company LTD., which operates the project, is owned by Gazprom, Shell, Mitsui, and Mitsubishi.

The project takes place on Sakhalin Island, located in the Russian far east, north of the Japanese archipelago. It is based on the development of the Piltun-Astokhskoye oil field and the natural gas offshore field of Lunskoye in the Okhotsk Sea.

The five-page decree indicates that it will be the Russian government to determine the future of the other stakeholders in the Sakhalin Energy Investment Company. Shell currently owns 27.5%, Mitsui & Co. 12.5%, and Mitsubishi Corp. 10%.

The decree reflects the ongoing international situation in the oil and gas markets, generated by the war in Ukraine and the subsequent European sanctions.

Accordingly, on February 28th, Shell announced its withdrawal from the project. The same decision was applied to another project, the North Stream 2. This decision was followed by the selling of all of its gas stations in Russia to the company Lukoil.

Concerning Japan, the government had earlier stated that it would not relinquish its interest in the project given the importance of liquified gas to the country’s economy.

The relevance of LNG for Japan has been growing since the Fukushima nuclear accident that took place in 2011. LNG was seen as a cleaner and safer alternative than coal or nuclear power.

The war in Ukraine, though, made the price of this asset skyrocket. Japan found itself in a hard position to compete with several other companies, mainly European, for alternative sources of energy.

For Tokyo, the pressing issue is now to preserve Japan’s energy security through its participation in the Sakhalin project. Currently, it seems that the country’s cooperation with the US in the past month to impose sanctions on Russia is backfiring.

While some observers speculated on whether Russia is taking the path of nationalization concerning its major companies and projects, the Kremlin spokesman,

Dmitry Peskov stated that the decree has not any relation whatsoever to the nationalization process. He said that "each case will be considered individually," which he was quoted as saying.

According to the decree, this change in operatorship was necessary to counter the unfriendly treatment reserved for Russia by the US and the west in general.

Hostile western behavior is also interpreted as a threat to Russian national interests.

The Kremlin maintained that the Sakhalin-2 Production Sharing Agreement (PSA), signed in 1994, has been violated by some foreign entities and persons.