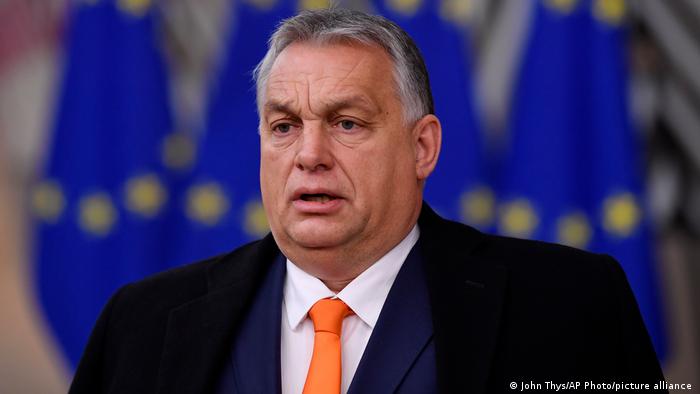 Hungary’s president, Viktor Orban, is critical of the EU stance on the war in Ukraine and the sanctions against Russia. Source: John Thys/AP photo/Picture alliance.

Russian gas giant Gazprom has recently started sending more gas to Hungary. The deal followed the July visit of the Foreign Minister, Péter Szijjártó, to Moscow, where he met with his counterpart, Sergey Lavrov. The news was announced on August 13 by a Hungarian foreign ministry official.

The enhanced gas flow is being sent through the TurkStream pipeline running through Bulgaria and Serbia. More specifically, Tamás Menczer, the state secretary for communications and international representation, confirmed that Gazprom will add 2.6 million cubic meters per day for August, while negotiations for September are still ongoing.

The need for more gas provisions from Russia was stressed by Péter Szijjártó during a press conference in Moscow in July when he met with his counterpart, Sergey Lavrov. Accordingly, he said that "In the current international situation, the most important thing for us is to ensure Hungary's energy security."

The Russian Foreign Minister, on his part, accepted the appeal, saying that Hungary’s request would be "immediately forwarded and studied."

Hungary is dependent on Moscow's gas by 85%. The several sanctions packages applied by the European Union have severely hit gas supply provisions from Moscow, something that the small landlocked country has fiercely opposed.

Therefore, Budapest followed a strategy based more on pragmatism that translated into a rejection of the EU sanctions, especially concerning the Russian oil embargo and, more recently, those against Russian Patriarch Kirill.

Moreover, Hungary and Poland oppose the new bloc’s emergency plan adopted by the European Union on August 5 concerning energy saving before the winter. According to the plan, EU countries would agree to voluntarily cut their gas use by 15%. Despite the voluntary character of the plan, the possibility of activating a mandatory mechanism of gas reduction has been considered.

Accordingly, the plan states clearly that “Voluntary demand-reduction measures may not by themselves be sufficient to ensure the security of supply and market functioning. Therefore, to promptly address the specific challenges of the ongoing and anticipated severe worsening of gas supply shortages and avoid distortions between Member States, a new instrument introducing the possibility for a mandatory gas demand reduction for all Member States should be established”.

Hungary’s Prime Minister, Viktor Orban, has always been critical of the EU’s reactions vis-à-vis the war in Ukraine. His statement, released during a public radio interview, elucidates quite well his overall position on the issue: "Initially, I thought we had only shot ourselves in the foot, but now it is clear that the European economy has shot itself in the lungs, and it is gasping for air."

Therefore, while confirming that Ukraine needs the EU’s support, he believes that the sanctions are damaging Europe economically due to rising energy prices that increase uncertainty in the union, while Russia has not been substantially weakened by the overall process.

Accordingly, as Euronews reports, "The sanctions do not help Ukraine, however, they are bad for the European economy and if it goes on like this, they will kill off the European economy." He believes that leaders in Brussels will have to admit that their decisions were nothing, but a miscalculation based on wrong beliefs.

In the meantime, the EU and Hungary are at loggerheads on other issues. The EU launched, in April this year, the rule-of-law mechanism against Budapest. This initiative came after the President of the European Commission, Ursula von der Leyen, harshly criticized Hungary for its widespread corruption.

Furthermore, as highlighted by the deputy head of the Brussels-based Commission, Vera Jourova, some issues, among them the new law on LGBTQ+ groups and the crackdown on foreign-funded activist organizations, are affecting the EU budget while breaking the principle of the rule of law upon which the Union is based.

These concerns are not new to the EU. The Union has always been alarmed over the proximity between Orban and Putin. The former has never hidden the fact that Russia is a thriving example of "illiberal democracy," constantly praising Moscow’s promotion of Christian values and the fight against left-wing forces.