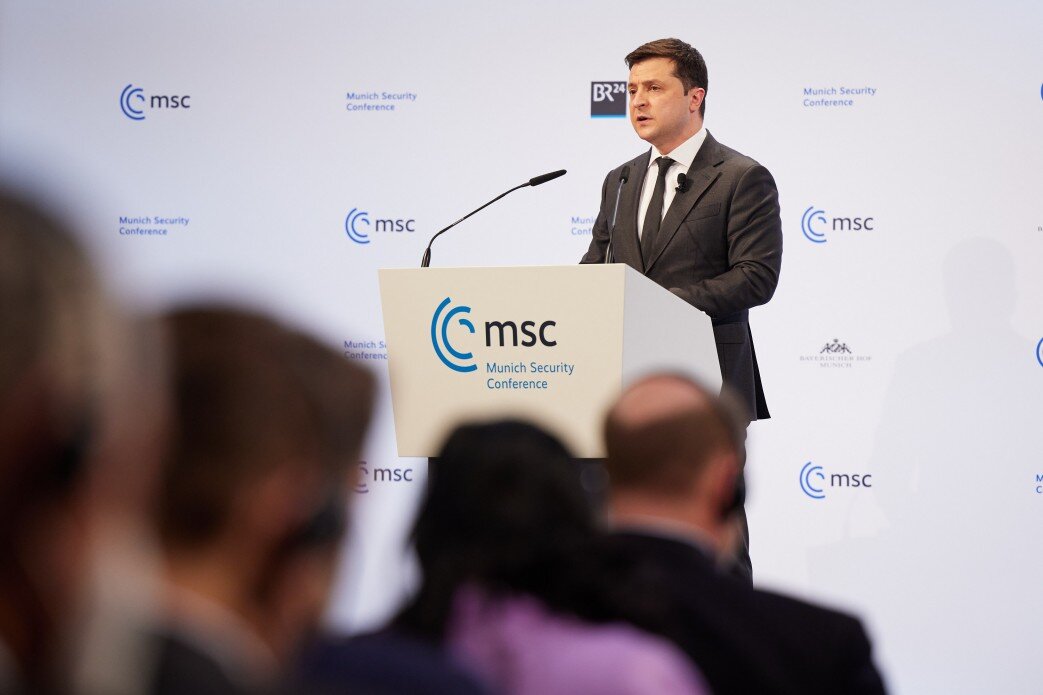 The Munich Security Conference is an annual affair held in the Bavarian city. The 2022 conference was held from the 18th of February to the 20th of February. The event was a weekend issue with heads of state, diplomats, and business leaders from the world’s leading democracies being its attendees.

This year, given the time and the geopolitical situation, many crises were being discussed simultaneously. From the post-pandemic climate crises to the Iran nuclear deal and grim situations in Afghanistan, everything was up for discussion. The chairman of the conference, Wolfgang Ischinger, told reporters that he could not remember when there had otherwise been so many overlapping crises to discuss. However, the most dominant topic out of all was the tension between Russia and Ukraine, which could eventually lead to war.

Russia was a no-show at this year’s event which was a bolt from the blue as Sergey Lavrov, one of Russia’s top diplomats, had attended the meet for the past 12 years. He was even present for the conference after Russia annexed Crimea in 2014. The move has been perceived as a discernible message from Russia, by the allied powers. The Vice-President of the USA, Kamala Harris, who was present at the conference, said that it is apparent that Russia does not match its actions with its words and has increasingly limited its avenues of diplomacy. On the contrary, Maria Zarkhova, a spokesperson from the Russian Foreign Ministry, has said that the forum has become extremely biased in the favour of the West and is losing its inclusivity and objectivity.

President Volodymyr Zelensky was present from Ukraine. He visited the conference on the 19th of February to promulgate a convoking call to the Western leaders in a series of meetings. Zelensky also said that he does not know of Russia’s intentions, but he is reaching out to the Kremlin with the hopes of having a meeting with Russian President Vladimir Putin. He also said that Russia could pick the location for the talks. There has been no reply from the Kremlin regarding this invitation.

Continuing the discussion, the Prime Minister of the United Kingdom, Boris Johnson, said that if the tension were to get worse and lead to war then its repercussion could shake things up all over the world including Asia, specifically Taiwan, given its situation with China. Johnson added that if there was any adverse action taken by Russia, then it would clamp down on the Russian-held British Capital.

Harris, also maintained that if there were any damages done by Russia, then the US and its allies will impose consequential economic sanctions like never before.

The Secretary-General of the United Nations, António Guterres, conveyed that the geopolitical situation right now is worse than it was during the Cold War period. Regarding the Ukraine-Russia issue, he said that the situation could get seriously catastrophic and, it was high time for Russia to de-escalate its troops.

Russia, however, has not responded to any of the statements that have been mentioned above and nor has it taken back its troops.